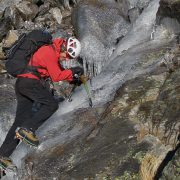 The time is almost here!  The days are getting shorter and the air colder.  Snow has already fallen on the higher summits.  The motivated, and perhaps overly-positive, climbers will be getting out very soon in hopes of taking their first swings into freshly formed ice.   Some will luck out and find themselves at the right place at the right time.  How can you increase your chances of finding early season ice?  Here’s a few places that have seen ice form in late Fall. 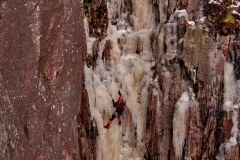 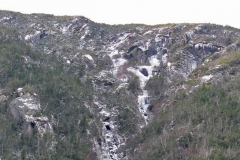 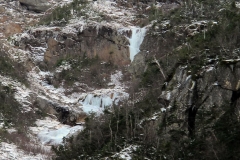 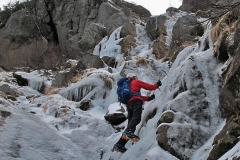 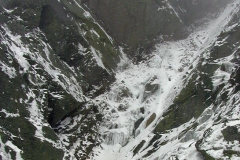 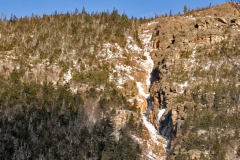 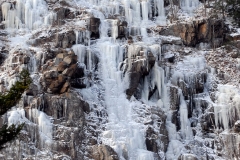 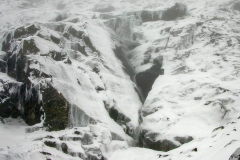 So wake up before the sun rises and call in sick to work… Get into shaded ravines and gullies and check them out.  You never know what you might find, and all your friends who laugh at you when you tell them you are going ice climbing in October will be jealous when you get some!

An October Ascent of the Black Dike

This was my obsession for years. I spent many days waiting and plotting for the right moment. Many times going only to find nothing, or being repelled from the climb. But after 5 years of trying, it happened! And it was less hazardous and more enjoyable than all the other attempts. We found good, well-bonded ice, and everything was frozen together (for awhile anyway). We nailed it on October 20th.  But,  by the time we topped out, it was all falling apart. The warm sun greeted us for the walk down. Timing and persistence made it happen and my quest was complete!

Early season on the Black Dike is not for the faint of heart. It is R and X climbing with everything coming apart. Loose rock that is normally frozen together become portable hand holds.  The ice has water running under it and is not bonded to the rock. You put in protection and it comes out with the first test pull; screws are useless. My favorite pieces of gear for the route were Spectres. Some years the easy first pitch is the crux! Each pitch is different early season and each one has been the crux for me on my attempts. The rock traverse is easy compared to the rest of the climb in the early season. The spot I hate the most!? It’s when you finish the traverse, climb thin ice to a rock slab, have no gear and scratchy feet and a hard move to get into the chimney. You buy it here and you’re going for a long ride.

I have heard that Jim Shimberg got it one year on October 8th. It was colder back then, I think. It has been coming in very late the last few years. The Black Dike’s first ascent is the unofficial start of the the ice climbing season. When will it go down this year?

What I learned? Be patient, watch the weather, know the climb, know the area, and don’t be afraid to take the tools for a walk! And above all, be safe and climb smart. It’s not worth risking your life for an October ascent.

For some more early-season stoke and thoughts on climbing well before Smike’s official start to winter, see these articles on early season ice…

Is This Ice Climbing?

Rhythm of the Seasons – Part Two