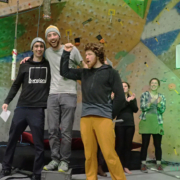 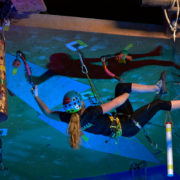 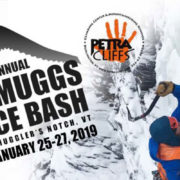 This weekend is the Smuggs Ice Bash! 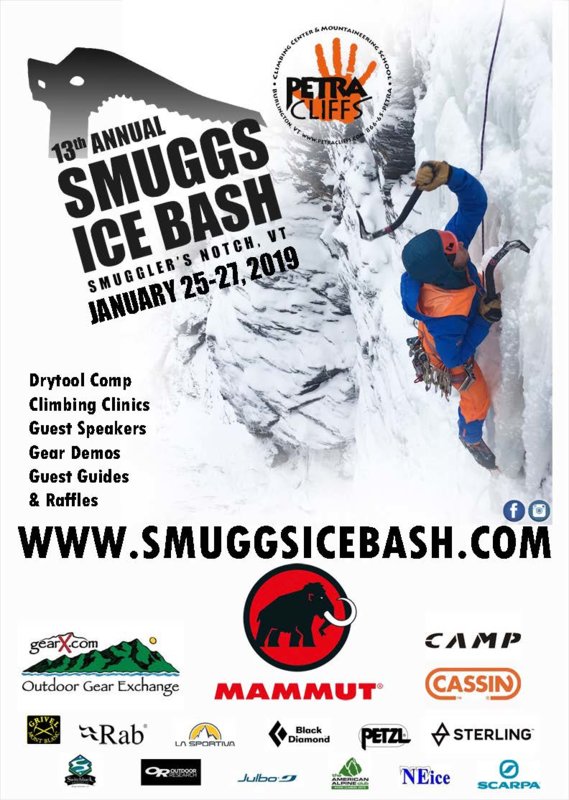 Make sure to come on over to Petra Cliffs Climbing Center and Mountaineering School for the Drytool Comp and Kickoff Party on Friday the 25th. Celebrate with some Switchback, some crazy strong competitors, a raffle and DJ Kanga.

Then join us at the Green Mountain Club Visitor Center in Waterbury, VT for gear demo’s all weekend long and Guest Presentations by Majka Burhardt and Alden Pellett Saturday evening starting at 6:30 pm.

Grab a bite to eat and something to drink at one of the many places in Stowe or Waterbury post climbing and before the shows! Seating is limited at the GMC visitor center so please pre-purchase evening presentation tickets here: Saturday Evening Presentations $15 per person.

Look for NEice on your way out from climbing, Doug Millen will be there with hot soup for everyone.

More information can be found @ http://www.smuggsicebash.com/ 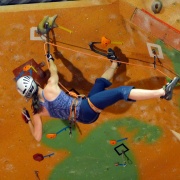 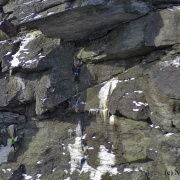 Photos: Matt McCormick on the 4th pitch of a rock route called “Quartz Crack”, a bit of a classic in Smuggs. Matt linked it up with what he and Peter Doucette climbed a couple years back, “Post Nasal Drip” – which climbs a small portion of rock up and left from the ice route “The Snotcicle”. Matt and Bayard then climbed the icy corner up, left and around to the top in the photos. The rock route goes up and right to exit.

Bayard Russel of Cathedral Mountains Guides (in green) is at the bolted anchor on the top of P3 of “Quartz Crack”, they got there by climbing the ice route “Tri-scam”. 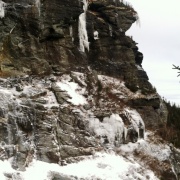 The ice in Smugglers Notch is building fast! With the Smuggs Ice Bash taking place in a little over a week, January 22-24th, there should be plenty of ice and mixed terrain for all of us hungry and deprived climbers to whack away at!

This past Sunday’s heavy rain and thunderstorms that commanded the day didn’t impact the ice conditions quite to the level one would expect. Many of the climbs that were in condition and had been seeing ascents remained climbable. The biggest hit from the storm was to the snowpack. Practically non-existent in much of the Notch, many of the deep drifts and wallowing we are accustomed to by now just aren’t there this year. The heavy rain followed by several days of cold temps that went well below freezing at night have made traveling on the snow quick and easy. Strap on the ‘pons for the firm crust and away you go.
Many of the gullies used for approaching some of the longer climbs are nice and firm making for easy approaches and even extending the length of a few routes that are usually covered by feet of snow. There is still a lot of moving water and one could find holes and pockets where a boot could pop through soft snow, but the moving water is only going to aid in growing more and more ice with the extended forecast looking very good for continued ice growth.

Throughout the Notch there are currently a number of things to climb, though many of the routes still have thin or mixed sections; I imagine this will fill in quickly. Up in the Blind Fate Amphitheater both Blind Fate and Norton-Gibney are in climbable shape and Blue Ice Bulge seems to have a couple of variations possible as well. One can hope that the ephemeral line left of Norton-Gibney, ‘Illogical Hydrology’, makes an appearance this year.
Hidden Gully has seen numerous ascents this season but the crux still seems to be the first 15 feet at its entrance. This year the typical thick bulge of WI3- ice that forms at its entrance has formed into a thin ribbon tucked into the right corner. Pull this crux, minding the top out, and the route will get much better with good conditions higher up in the gully. All three variations in the amphitheater are in climbable shape.

Grand Confusion is in climbable shape and the mixed route to its left, ‘Confusionism’ is a great route to climb if you’re waiting for a party on Grand Confusion or as the main objective.

Many of the routes closer to the road are all in climbable shape except for the odd thin or mixed move required with any deviations from the fattest line. With little snow on the ground, travel to and from these routes should be nice and quick.

As for routes surrounding the Ragnarock, Elephants Head and South Wall Areas, all are in some form of climbable shape, but all show evidence of varying states of delamination or require a few mixed moves. While Ragnarock’s P1 and P2 could be climbed, the top pitch seem like it could use a bit of growth. Give it a week with the expected forecast and the climbs in this area should fatten up immensely.
Come time for the Smuggs Ice Bash, next weekend, the Notch should be in great shape to host the flood of climbers hiking up the road to find their intended climbable lines. 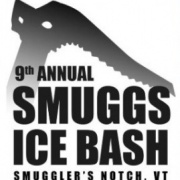 Join NEice at the fastest growing Ice Festival in the Northeast! We will be at the notch road gate Jeffersonville side, dishing out hot soup and flying the drones. Hope to see you there.

The goal of the Smuggs Ice Bash is to promote the sport of ice climbing, to educate climbers, to exhibit and demo new gear, and to share a weekend of fun, challenge, and inspiration with other winter enthusiasts in one of Vermont’s most amazing places, Smuggler’s Notch. Learn forme some on the best guides around.

$20 for Italian Style Food Buffet and Presentation – Starting at 5pm 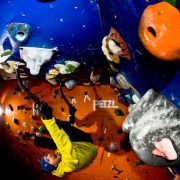 Friday, January 28: Kick off the Ice Bash weekend at Petra Cliffs in Burlington!

7:00 p.m. Drytooling Competition begins – watch the area’s best climbers battle it out to a winner take all finish.  Presented by Petzl.

Saturday & Sunday, January 29-30: the 5th annual Smuggs Ice Bash, the local’s ice climbing festival at the foot of Smuggler’s Notch, will be offering some great clinics for women, beginners, intermediate and advanced climbers alike, and a wicked slide show by Ian Osteyee at the village tavern, 6pm 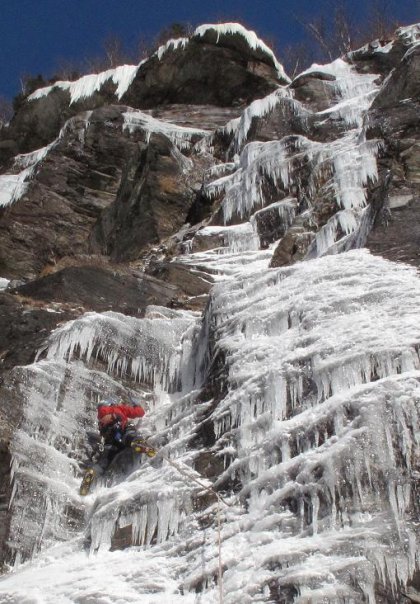 NEice Screen Savers – The first of many to come. Enjoy. 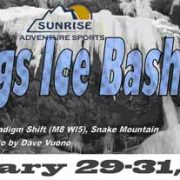 Big news? Alpinist magazine has made Jeffersonville its new home and is helping with sponsorship of the Ice Bash this year.

# Socialize at the Brewski on Friday the 29th, 6pm

# Demos and clinics on Sunday the 31st

Matt McCormick will present “Northern Revival” at the Brewski, Saturday Jan 30th – 6:00pm, a multi-media look at the next generation of Vermont climbs and climbers, including ice, rock, and mixed – all local. Free, AND, it coincides with the Ice Bash raffle, arguably the most booty filled, cheapest raffle in the festival circuit (proceeds go directly to Crag-VT, our local Access Fund partner – Bolton Quarry, Upper West Bolton, etc.) – Bert Severin

For more details see the links below