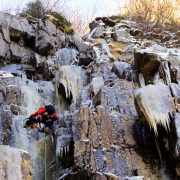 In Part One of this article, we looked at the off season.  The off season is largely self-explanatory – there’s no ice to be climbed.  After the off season, but before the ice is reliably in shape, we’re faced with a period of uncertainty:

Generations of high school students the world over are familiar with the concept of “No Man’s Land” from reading Erich Maria Remarque’s All Quiet on the Western Front.  Remarque’s protagonist, Paul Baumer, experiences firsthand the perils of being caught in this barren wasteland between the front lines of two opposing armies, facing rolling artillery barrages, sweeping machine gun fire, drifting poisonous gases, and charging soldiers.  There is no safety in No Man’s Land.  Baumer and his comrades must move forward to confront their enemies or move back towards the safety of their own lines.  To linger is to perish.

As summer turns to fall, and Send-tember rolls into Rock-tober, we are faced with an uncomfortable reality, and indeed, our own No Man’s Land.  Whereas most sane people hope for sunny days and warm temperatures, we’re looking looking for that perfect weather pattern that will lead to an elusive early-season ascent of the Dike.   Why climb warm, sunny rock when you can scratch your way up Chouinard’s “Black, filthy, horrendous icicle?” 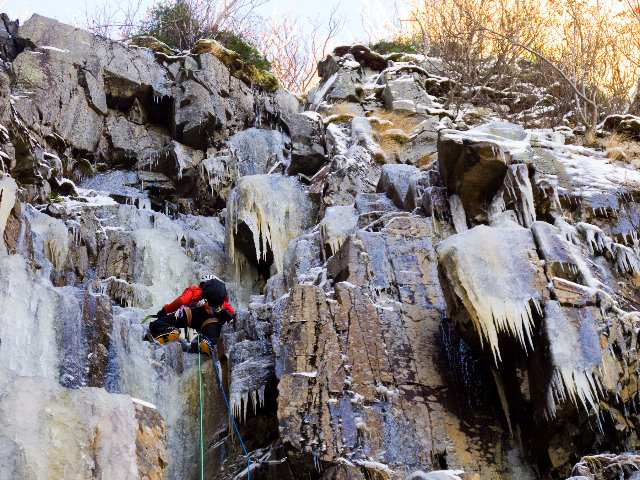 Erik Eisele finding thin but climbable conditions on the 3rd pitch of the Black Dike, Franconia Notch, NH. This is believed to be the first ascent of the season. 10/29/11 Photo by Peter Doucette

Are we crazy? Undoubtedly, but there’s something especially alluring about the dilemma we face in this ice climber’s No Man’s Land.  Behind us, we have the relative safety of the known: sitting at home, unwilling to commit to the drive up to Cannon or the Rock Pile.  We can slink back to friendly lines without facing our enemies – fear, doubt, and uncertainty.  On the other hand, ahead of us lies greater risk: unbonded ice, run-outs, or even the dreaded “taking the tools for a walk.”  Are we willing to throw the dice?  There is no middle ground; just as Baumer and his brothers-in-arms must escape from No Man’s Land, we have to commit to one direction or the other.

Fortunately for us, this No Man’s Land exists only in our mind.  There is no physical risk for us should we decide to slink back to our own lines.  In All Quiet on the Western Front, Baumer escapes from No Man’s Land by first waiting for the enemy to charge and then his countrymen to counterattack and overtake his position.  To announce his approach risks drawing enemy fire; sneaking back under the cover of darkness risks being gunned down by a trigger-happy sentry.  There are no snipers or machine gunners waiting for us if we retreat.  The only sentries we face are the guilt and doubt we bring to bear on our own psyche.  Unlike Baumer, we may linger; though in our case to linger is to retreat.  Wait too long, and the ice will have melted away. 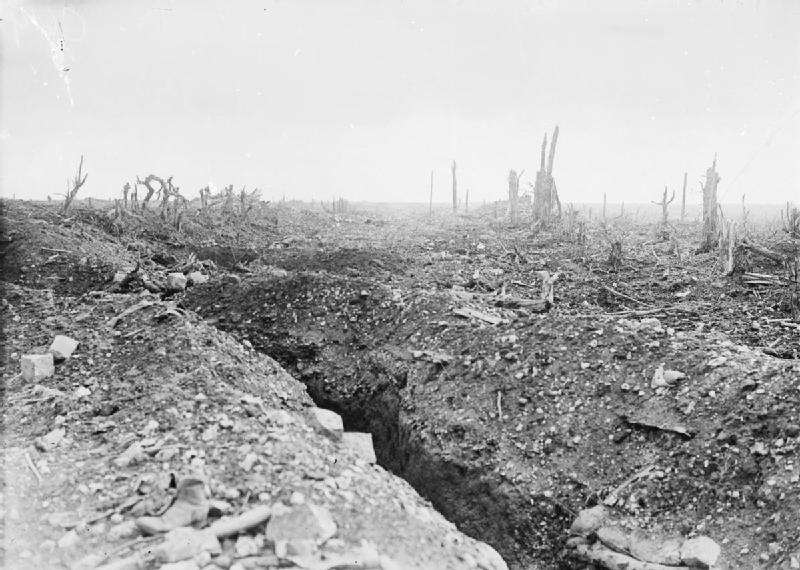 Fortunately, this landscape exists only in my psyche, and not at the base of Cannon. Photo courtesy of Wikimedia Commons http://upload.wikimedia.org/wikipedia/commons/0/09/The_badly_shelled_main_road_to_Bapaume.jpg

Few are willing to press forward towards the enemy on their foray through No Man’s Land. Who are these intrepid souls?  Within our community we see a host of usual suspects who regularly push the calendar dates of the season.  Whether we’ve shared a rope with them, read their trip reports, or only heard of them in near-mythical contexts, they are the  few to whom we look for inspiration when the temperatures begin to drop and our own doubts and fears threaten to overwhelm our sense of daring.

If you did not get out over Halloween weekend, fear not – neither did I.  All we can do is wait, train, and fixate on when our next chance will be.

Next year, however, I will not linger in No Man’s Land, but will conquer my doubts and fears to make the most of that ephemeral, late-autumn ice.