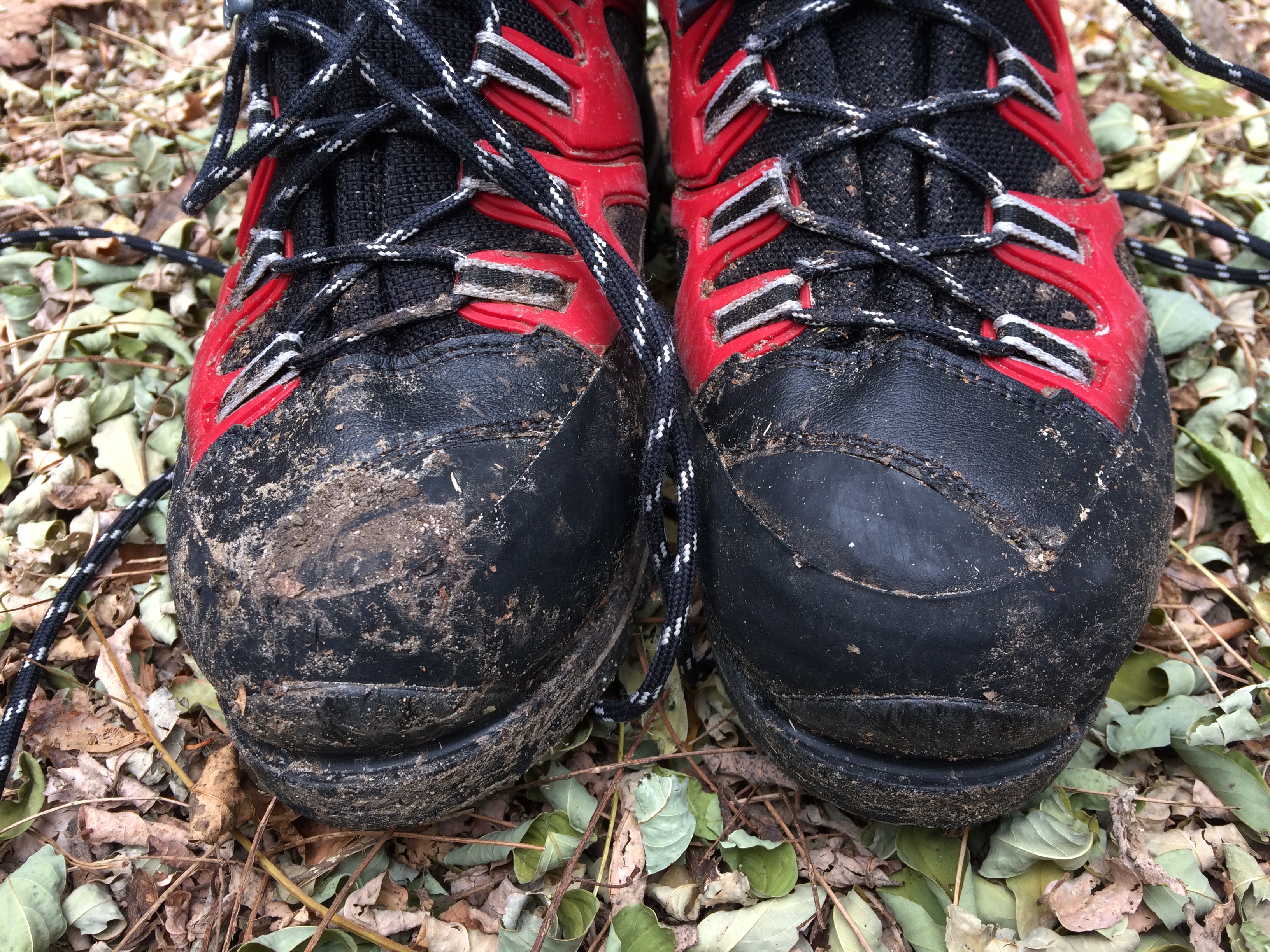 I’ve been inflicted by a disease.  It leaves my muscles constantly sore, my body screaming for sleep and my family and friends worried about my mental stability.   I become antsy and unable to sit idle for too long. I prefer the trunk of my car to my soft bed and prefer pre-dawn hours to high noon. The worst of the symptoms seem to arrive in late fall when the cold begins to settle in.

“All I need is a few cold nights and my mind begins the activation process”
It’s not too far off to say that I become inflicted with an energetic state similar to what most animals succumb to during mating season.  In summary, ‘Out of my way! I’m fit and ready to get some.’   My doctors say that certain tendencies can increase my symptoms exponentially. Such as, the habit of thinking positively – all the time. Well, I am doomed for the foreseeable future, so I thought it best to reach out to others who have similar diagnoses.

All I need is a few cold nights and my mind begins the activation process.  Like a slideshow stuck in fast forward, images appear and disappear in front of my eyes. The darkening skies, howling wind, freezing fog, ice crystals forming and snow falling.  Then dawn breaks and that yellow ball strikes that crisp blue sky with intensity but no warmth manages to penetrate the atmosphere. The mountains hold on to the cold of the night, despite the light revealing their sharp ridges and smooth valleys.  When the temperature drops, I find myself on the move. 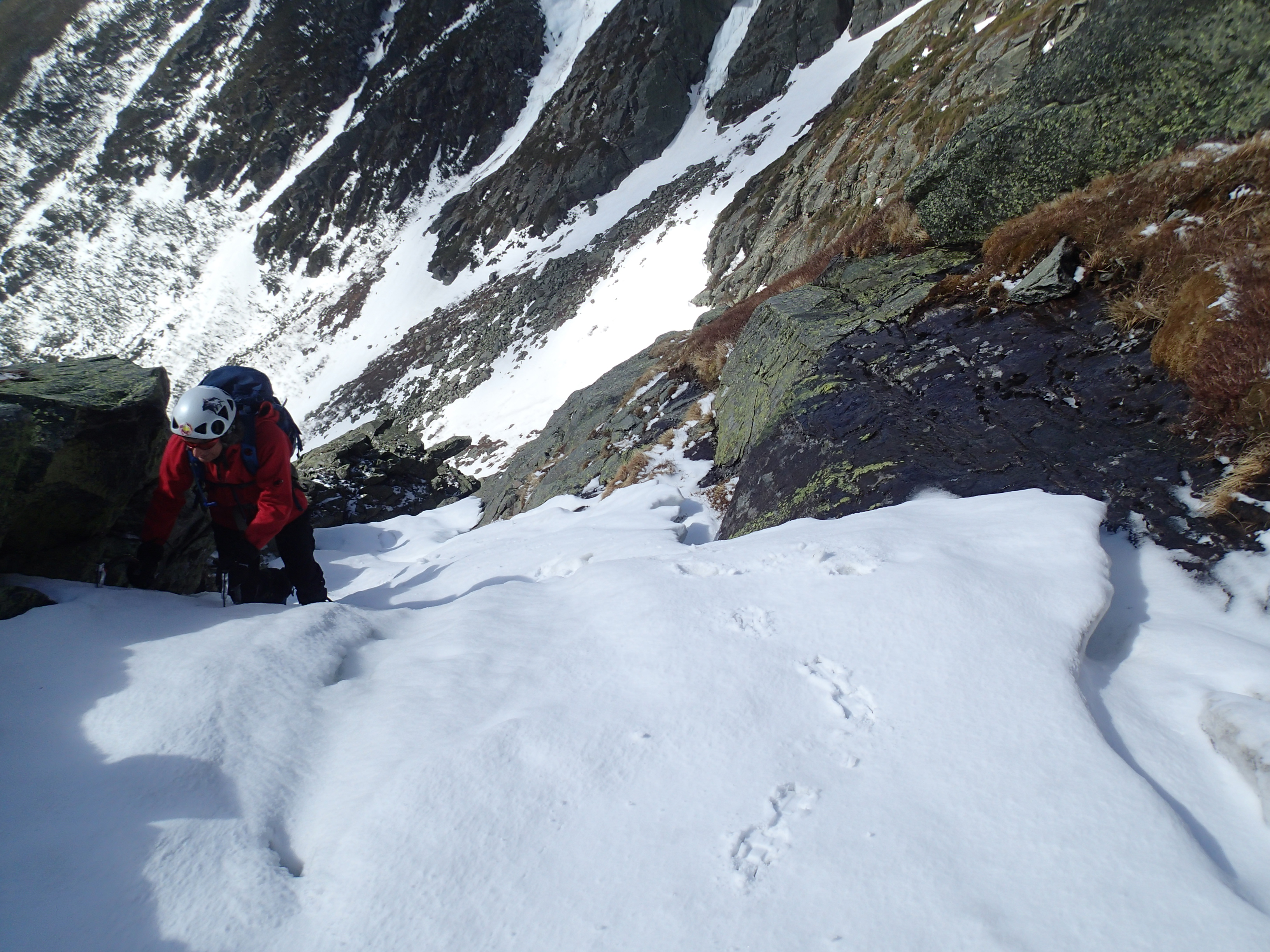 May Ice. Why Not?

Sometimes this behavior is rewarded.  When it comes, it feels sweeter than anything you’ve had before. Late last season in May, I hiked into Huntington Ravine accompanied by a friend with a similar ailment. We were pretty damn positive there would still be ice to climb, even if it took climbing a few hundred feet of wet rock and precariously placed vegetation to reach it…and it did.  I had a grin on my face for the entire 80 feet of ice.  Yes, that was it, 80 feet. We were motivated to savor the last licks and it was worth it.  But for the afflicted, the most delicious reward is that first ice of the season. And for me, this comes early, just as the last ice had come late.

Sometimes though, your plate comes up empty.  That doesn’t deter the overly motivated, however. We only get hungrier.  This past Sunday, with my usual high hopes, I packed my gear the distance into the rocky depths of King Ravine.  Sitting on the north side of the mountain, the shade lingers.  This Halloween weekend, however, I didn’t need the shade as a low cloud bank parked itself above the summits.  With those clouds also came hurricane force winds.  Even better, I thought. It’ll freeze any water molecule that decides to visit the alpine arena.  My mind envisioned the drainage of Great Gully just frozen enough.  The slideshow of winter images played themselves out in front of my eyes as I started the approach.  Water slowing, ice crystals forming and snow falling.   Right away I noticed winter had greeted the mountains.  Snow clung tenaciously to the tree branches.  Further up, it hid the withered and wrinkled fall leaves.  Even higher still, the white crystals coated the cool rocks. By the time I hit the ravine, I was negotiating the boulder strewn floor with an inch of snow blanketing everything.  I was fully in the grips of my disease. 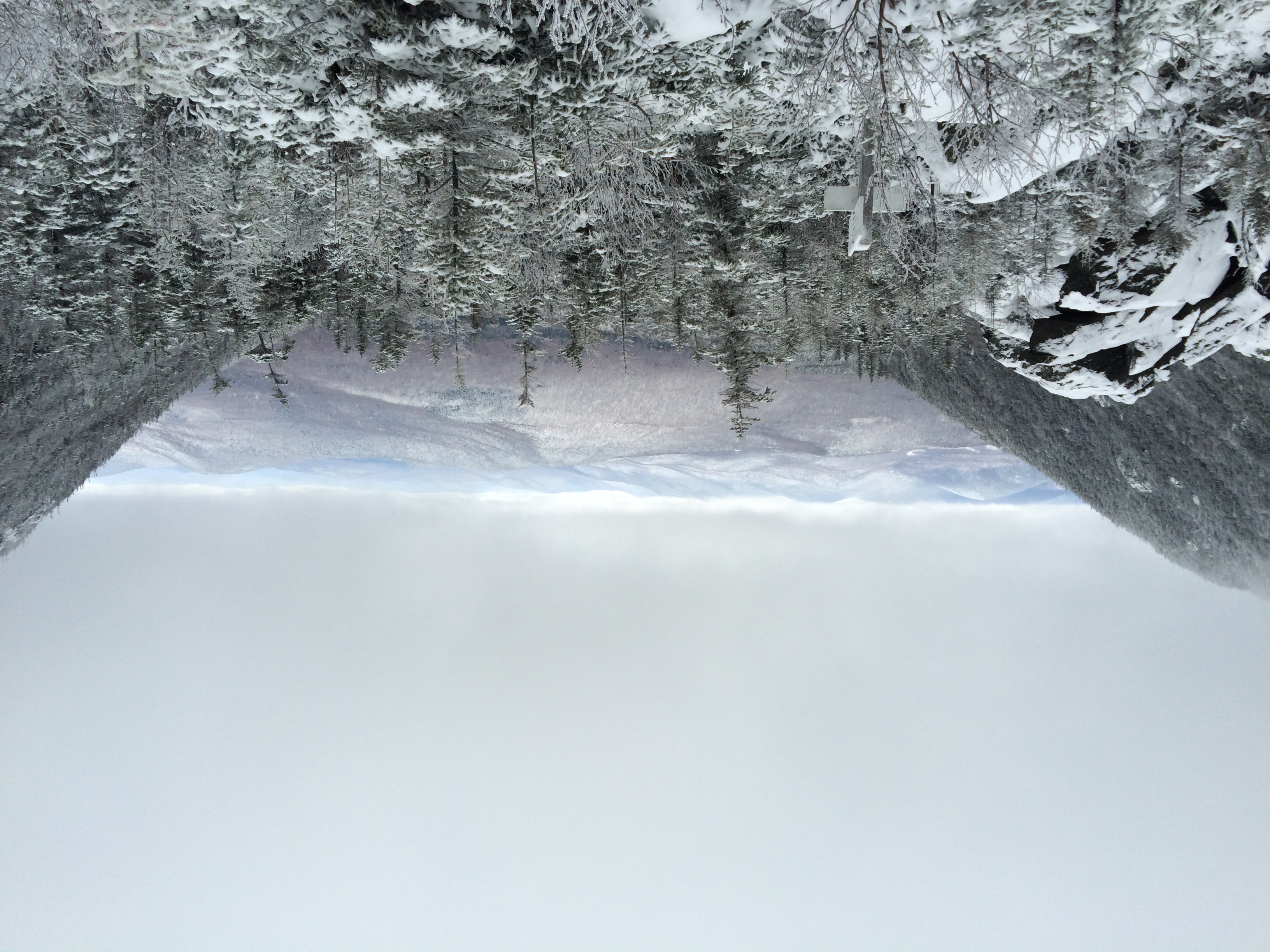 The cloud bank settles in low.

Being overly motivated and yes, overly positive has many advantages, in my opinion.  I travel miles in beautiful woods before most people had even woken up.  I am able to spend time alone in the mountains.  Really alone without encountering any others.  Whether it be the time of day (or night), or the place I’m in for that time of year, I can be in the mountains with only myself or the people I choose to accompany me. When I’m walking up the trail on those approaches during early season, my surroundings seem quieter and I feel more meditative.  My mind clears itself of distractions without any effort on my part and my focus is simply on my breathing and my immediate surroundings in that moment.  The wind up high snakes its way through the stunted alpine spruce and produces a sound not unlike a distant river.   I linger blissfully in the idea that few had thought to see of there is ice there to climb and fewer still were motivated enough to trek that far.  When the walls of the ravine rise on either side of me, I feel small and humbled against the forces that created the mountains so long ago and the forces that are presently making themselves known. The wind, the cold air and the rough terrain.

Of course, the best prize of all is capturing the ice you’ve been hunting for.  On this day however, I stood in the half-frozen drainage looking at slush on top of running water.  Damn!  What was it?  Was there more water flowing this year than last?  Were the clouds blanketing the ravine and keeping it warmer than usual?  It was clear that the few cold nights just weren’t frigid enough.  In the end, the disappointment was brief as the morning had been sublime.  I made my way back down the trail and the air of late morning fought off the chill.  The ground radiated heat and melted the snow off the leaves along the path. I returned to my car having enjoyed the morning, but a deep rumble in my empty stomach would urge me back to the mountains soon. 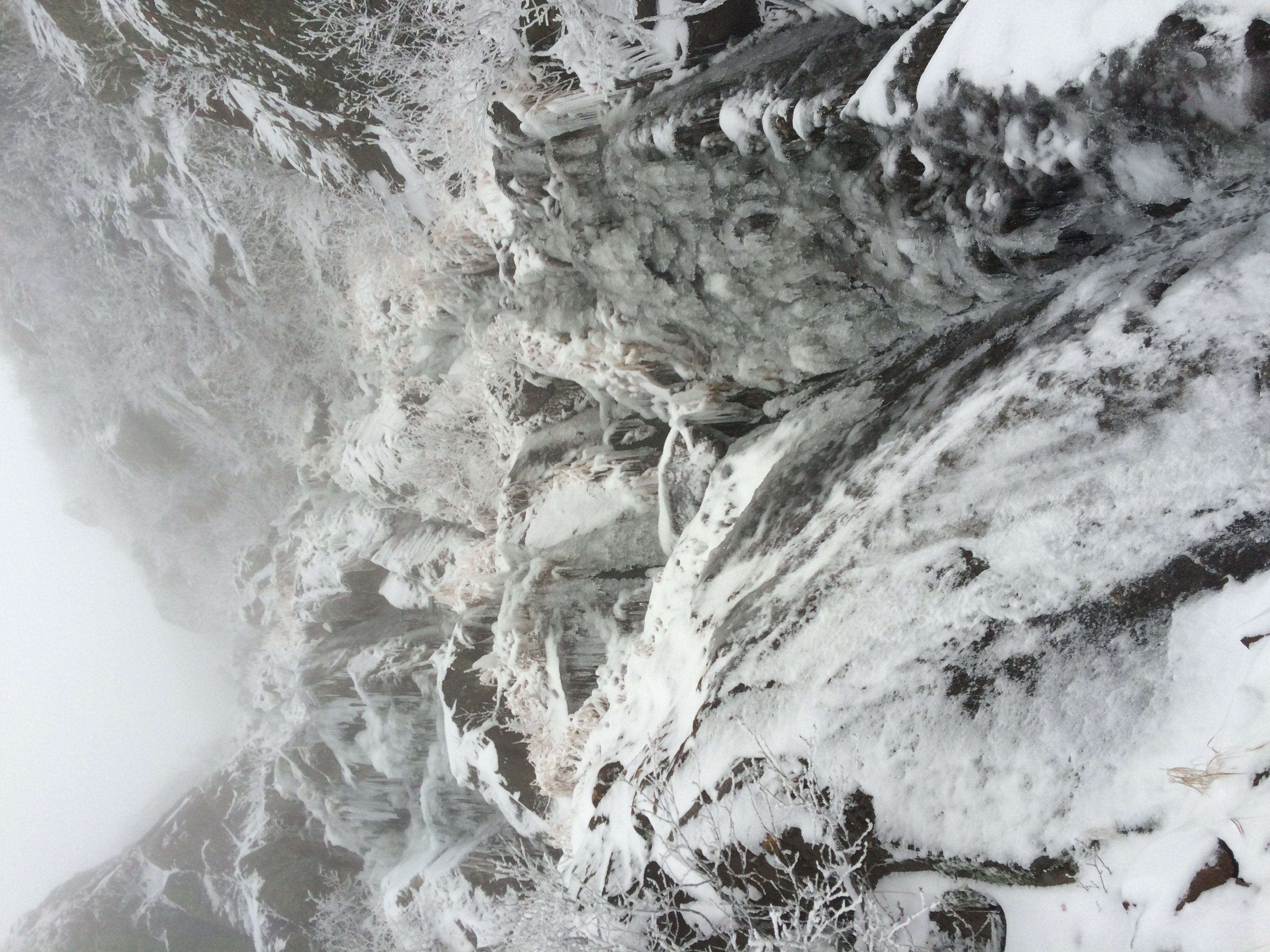 Ok, maybe I am guilty of being too positive about the conditions.  But I’ll allow my disease to take over and I’ll allow my friends and family to call me crazy.  My body was glad for the sleep that night and my muscles were feeling the hours of climbing over giant slippery boulders.  Soon my episodes will become more frequent until I can get a few millimeters of metal into some thin ice.  And from that moment of hitting rock bottom with my malady, I’ll realize that from there, I’m only going UP.

Registration open for the 2015 Adirondack Mountainfest
Scroll to top