One Reckless Youth, an Ice Devil and several Polar children

Times like these don’t come along often, I mean, when was the last “Polar Vortex”? But when they do, you better be ready. The conditions were ripe for the picking last week on Whitehorse & Cathedral Ledges, North Conway NH. Peter Doucette – Mountain Sense Guides – along with IMCS guide Sam Bendroth,  Erik Eisele, and Adam Bidwell had “Mountain Sense” and dropped everything to take full advantage of these rare conditions. With plenty of ground water and a “Polar Vortex” to bring in some great “Streaks”, they hit the jack pot.

Peter had a few days of training earlier at Cathedral Ledge before his Whitehorse rampage. And as Bayard said, “Peter, now fully warmed up and ready for the next event, takes it to the next level. In the next three days he proceeds to climb everything. I mean everything!”  See more on Peter’s warm up from NEice Ambassador Bayard Russell of Cathedral Mountain Guides on his Blog Post  Sending Streaks 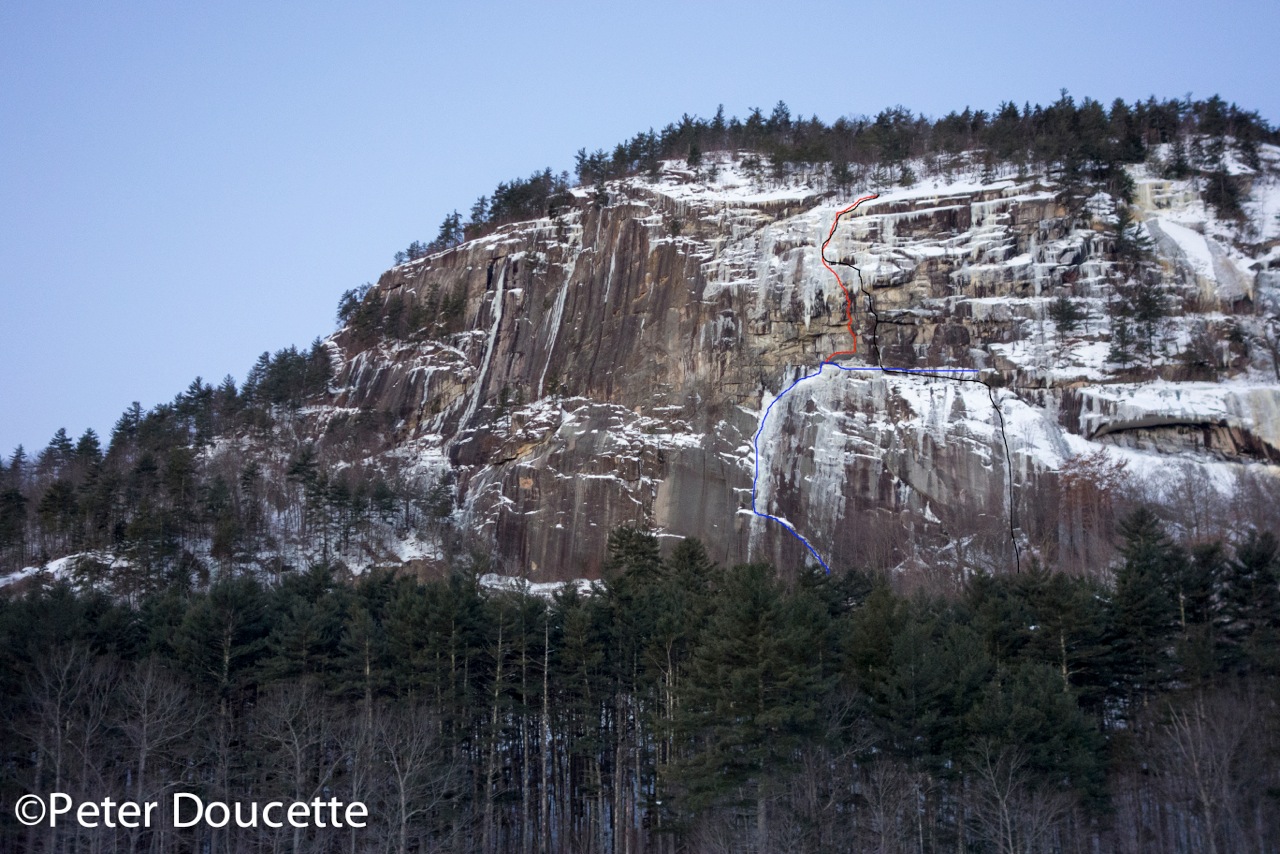 “Taking a page out of the Russell/McCormick play book, during the nearly unrelenting deluge today, Erik and I followed “Endangered Species”, (Webster/Winkler ’82) and branched out on a slight variation to get into the Children’s Crusade finish up ice glazed corners yielding “Reckless Youth” (M8 WI5+) shown in Red.- Peter Doucette 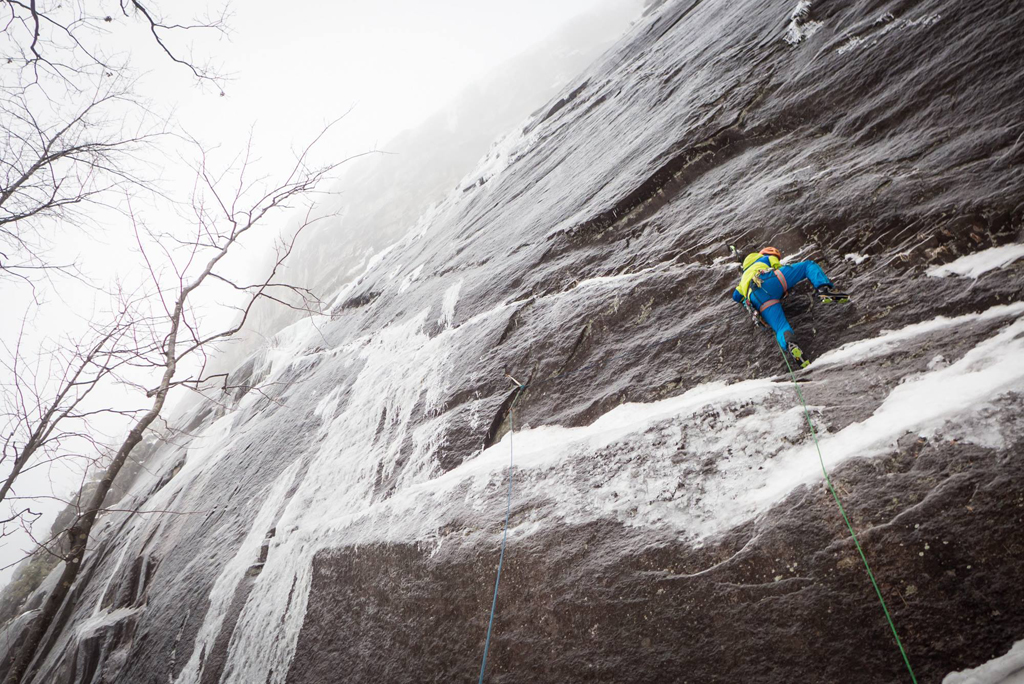 ” We were soaked to the bone, used umbrellas for the approach and first belay, and reached the ground just as a thunderclap ripped through the valley. Pete led the crux pitches, one and three, both of which were incredible to watch. On the Eradicate Dike he was looking at huge falls into ledges, and in the upper corner he was climbing a six inch vertical smear while clipping bad fixed pins. It was raining so hard water filled my boots. I went through four pairs of gloves. To watch Peter work in such conditions was pretty amazing.” – Erik Eisele 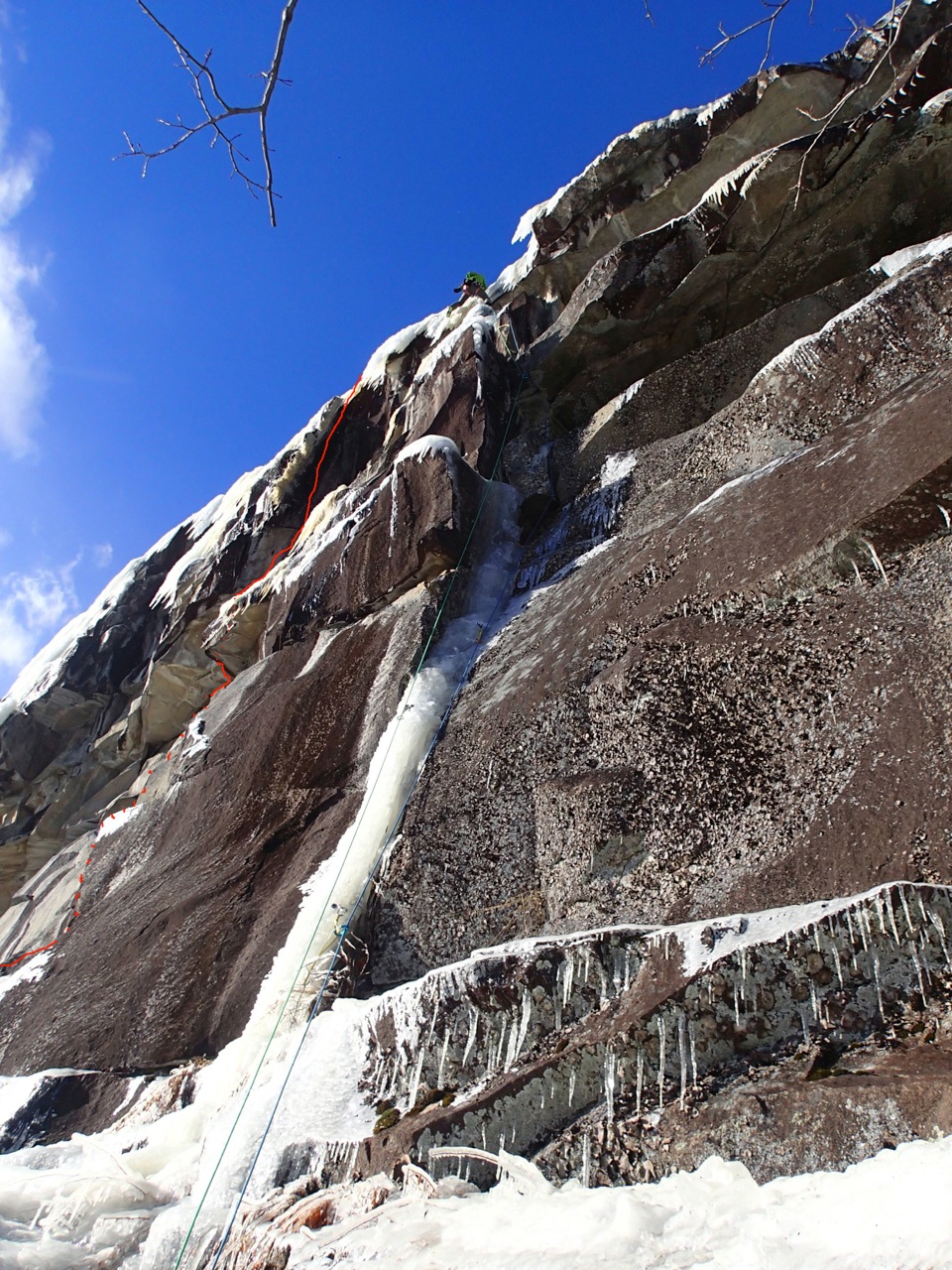 “Ice Devil” (WI5+ M6+) shown in blue, followed a smear right of the rock route “Seventh Seal”, up “Scare Tactics,” then angled left into the upper reaches of “Beelzebub” with some variations. Brilliant climbing both days, full conditions today. Who know’s what will form in the next couple weeks if the “Polar Vortex” kicks back in.” – Peter Doucette

The Myth of Sisyphus 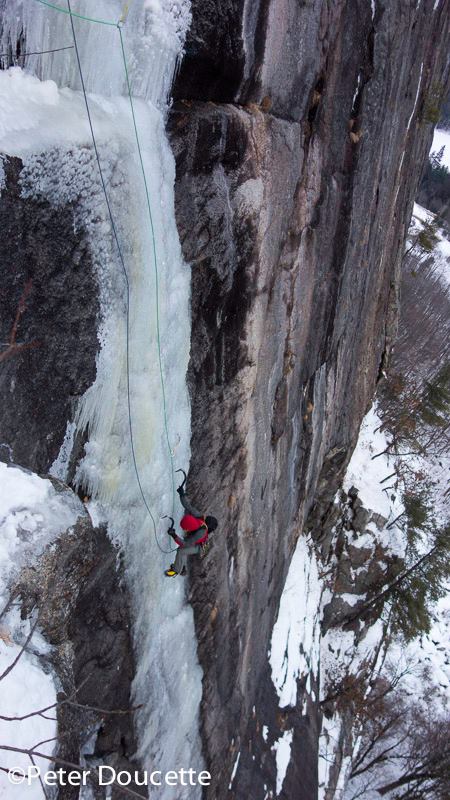 The Myth offered some rare and spectacular climbing.

” The Myth with the absent top-out sadly apparent from below…sometimes you have to see it in person to believe it :-)” – Peter Doucette 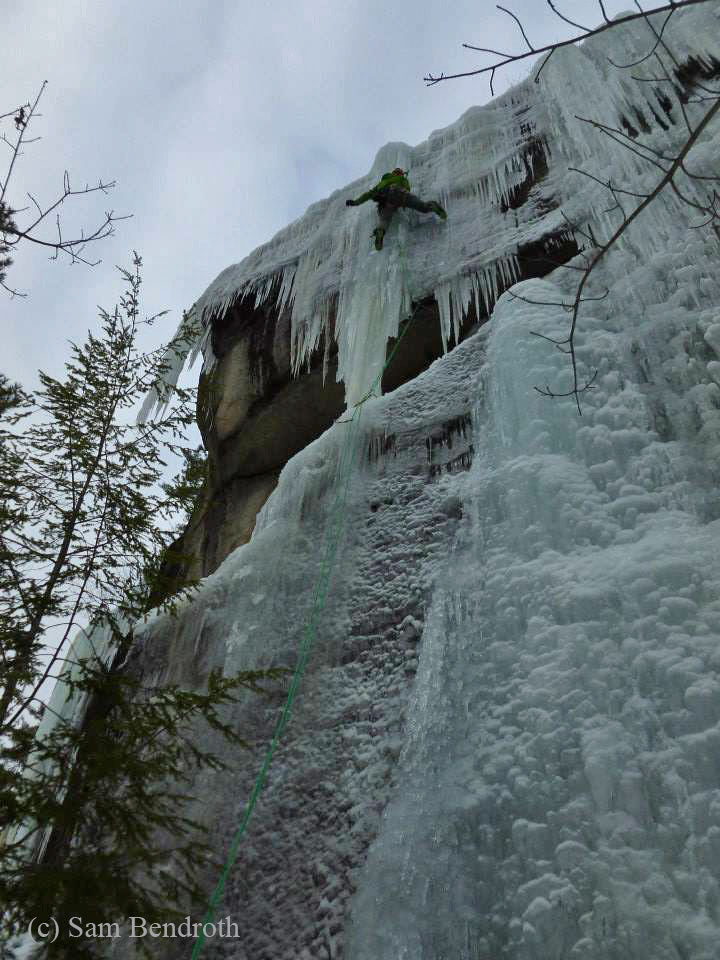 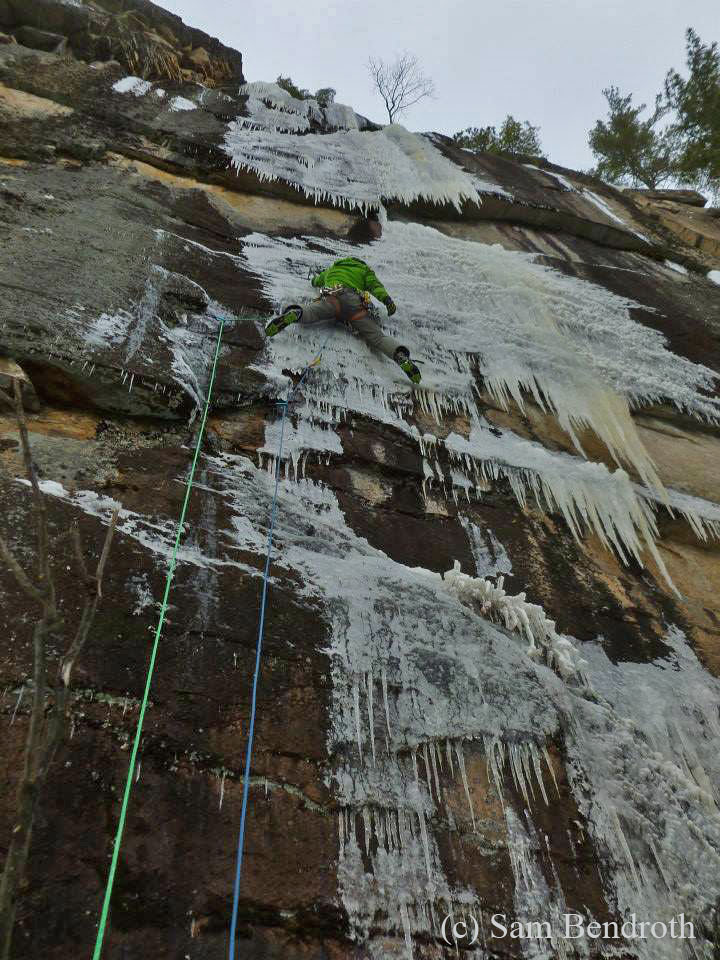 The  routes are as follows:

So all I want to know, when is the next “Polar Vortex” due? – Doug Millen

Polar Vortex: Who Will Be First To Ice Climb Niagara Falls?