The Great Gulf.  There could be no other name for it.  When I look at it from the vantage point of Mt Clay, I imagine the walls of this giant cirque begin to expand suddenly, high rocks and cliffs start breaking apart and tumble into its gaping mouth. I see the summit of Mt. Washington tilting, the buildings shake and crumble, sliding into the dark abyss with deafening sound. All that’s left is a giant cavern.  The Great Gulf just swallowed Mt. Washington whole.

But as I stand on the summit of Mt. Clay on this day, all is still.  The only moving object is the sun as it lowers over Franconia Ridge to the west, creating long shadows across the Presidential Range. I hear no tumbling rocks or collapsing cliffs.  I only hear the sound of the wind beating on my jacket.  I am alone and feel at ease.  I watch the sky turn pastel colors and soft lenticular clouds form high above me. I adjust my hood to block the wind the best I can and head down the mountain towards Sphinx Col. 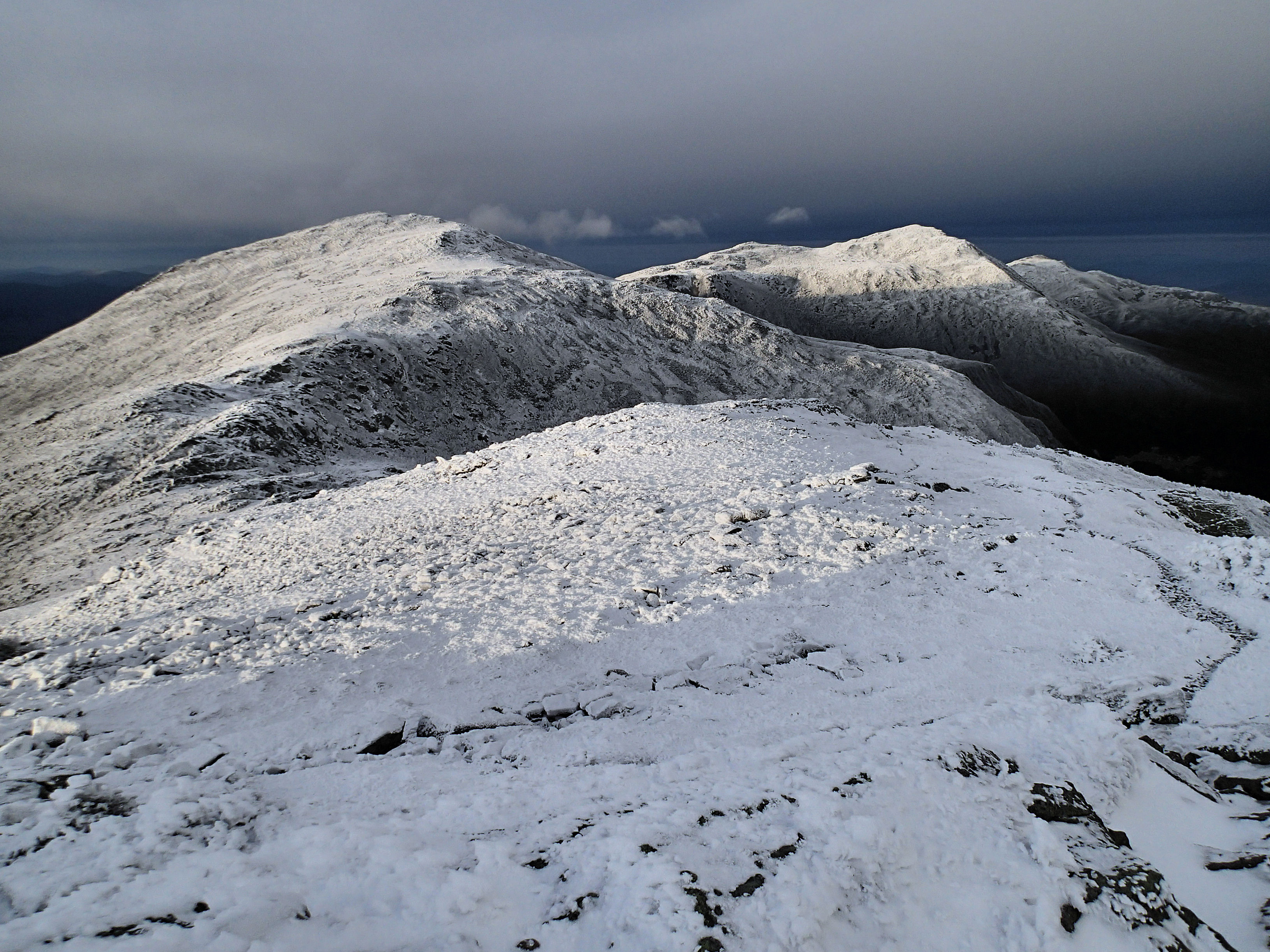 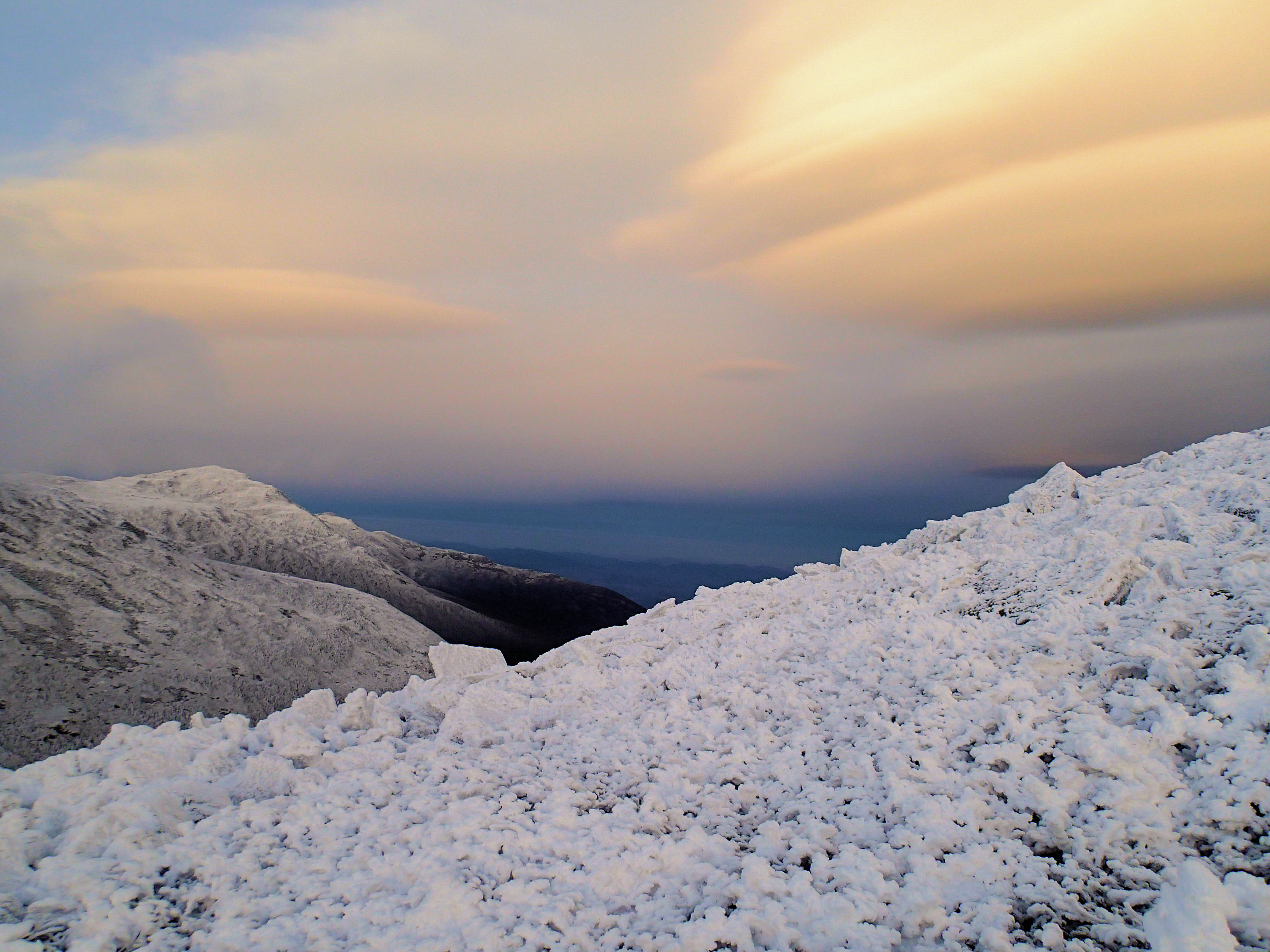 My need for seclusion brought me to the Great Gulf.  Some approach the gulf from Huntington Ravine and do it in March or April when the gulf is filled with the years snowfall and travel is relatively easy.  I had two days and decided to approach it from its beginnings. I wanted to wind my way through its endless water courses and forest canopies.  It’s not very far in miles, but the wilderness trails are left to the forces of nature.  The trees fallen across paths remain in place and water is not forcefully diverted away.  Long bogs and difficult river crossings are a norm here.  I enjoy the wilderness feel, as it’s hard to find in the developed White Mountains of New Hampshire.  The Great Gulf is by no means ‘out there’.  A quick jaunt up the Chandler Ridge finds you at the Auto Road and once you top out of the headwall, there’s Mt. Washington’s summit with its restaurant and gift shops.  The Great Gulf Wilderness was conceived in 1964 and is New Hampshire’s oldest yet smallest wilderness area, comprising just 5,658 acres.  Despite this, the giant glacial cirque leaves you feeling like you are somewhere remote and far away from anyone and anything. 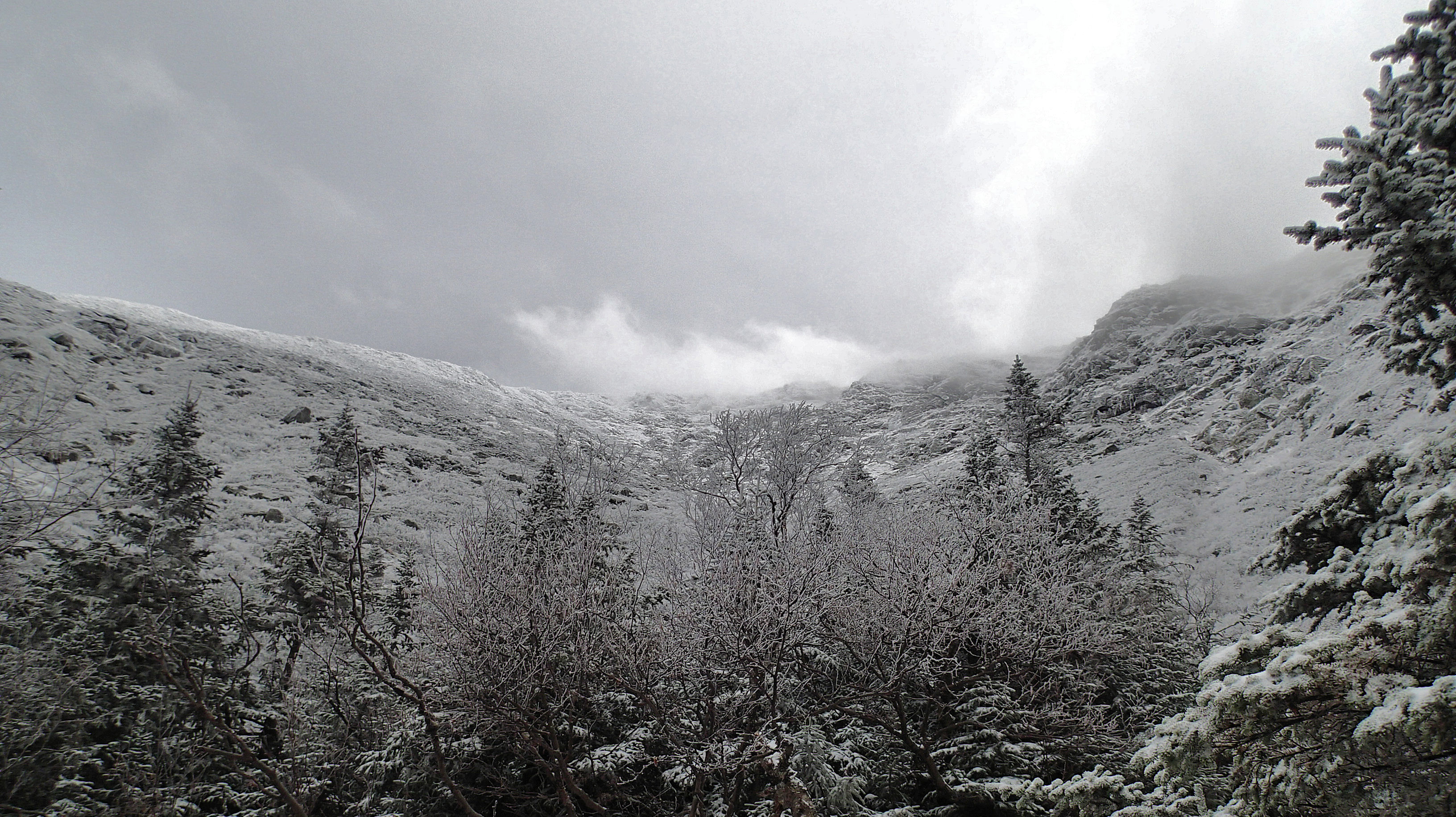 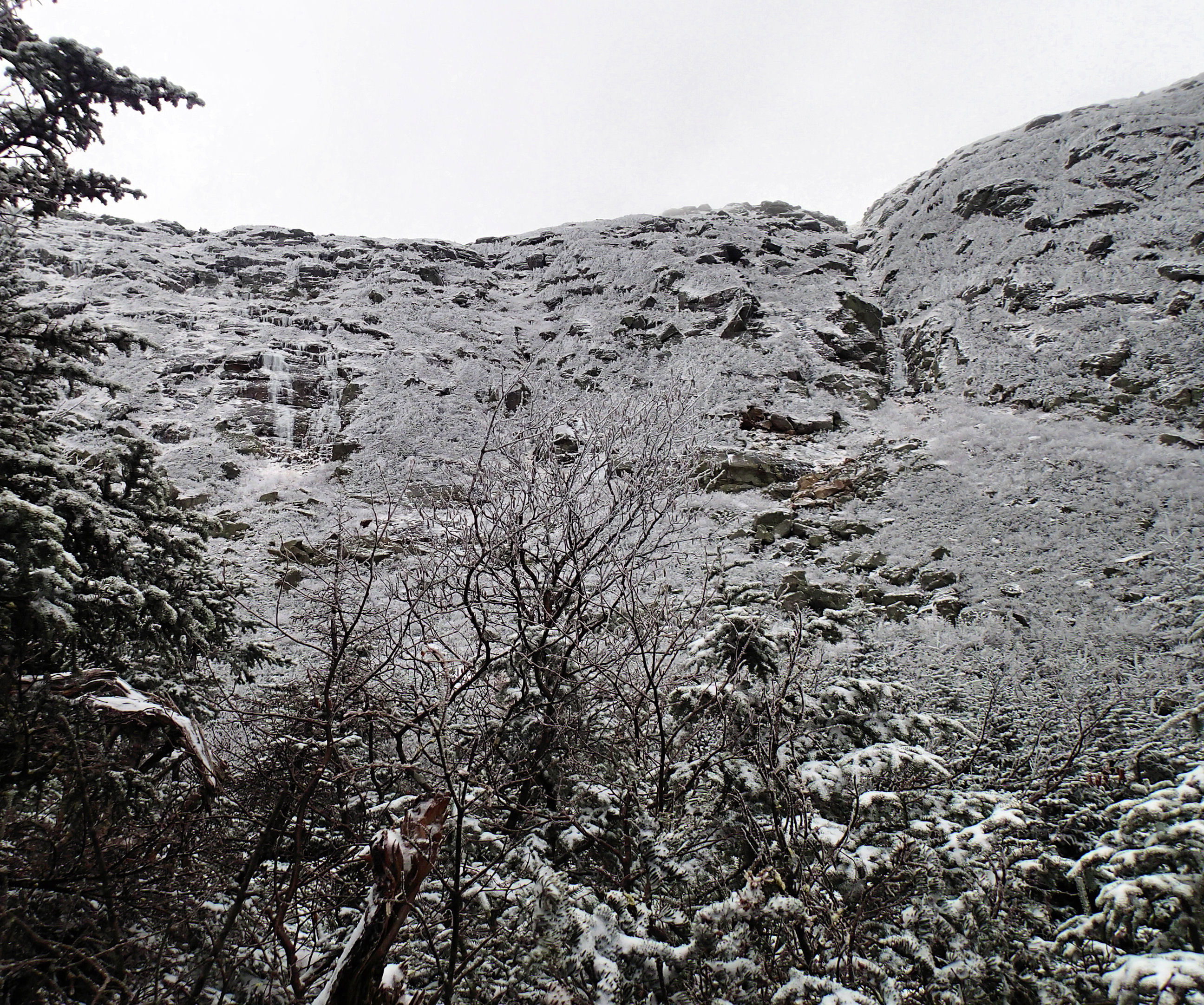 ‘Wait Until Dark’ Gully (on right)

Admittedly, I also had another motive.  I was hunting down ice and I had a good feeling I’d find some here.  Not only is the gulf at a high elevation but it’s predominately north facing and it’s walls rarely see sunlight.  It had the elements necessary for early season capture.  I pitched my tent at one of the designated tent sites along the Great Gulf Trail and set out.  Unlike other ravines, the gulf doesn’t show its full self until you are just about at its walls.  The spruce are tall and the tiny Spaulding Lake proves the only vantage point from the floor during this time of year.  When I worked my way around the lake I got a glimpse of ‘Wait Until Dark’ Gully.  It begged me forth. I knew reaching the entrance would be no easy task.  I was proved wrong, it was much harder than I imagined.  Giant truck-sized boulders were scattered among thick spruce.  Enormous crevasses littered themselves between boulders.  The terrain was so difficult I couldn’t fathom enough snow falling to fill it all in.  I thought about turning around several times, but each time I dreaded going back more than I dreaded continuing forward.  It took me almost two hours from once I left the trail until I crawled to the start of the ice begging for mercy.

My spirits lifted when I saw the gully filled with beautiful solid ice.  For a full length pitch, I enjoyed a continuous flow of grade 2 ice.  I fell into my rhythm of swings and kicks, focused solely on ice in front of me. Occasionally, some ice would break loose and fall away, echoing as it hit into the rocks.  A reminder of the vast amphitheater that I was climbing in.  At times, the wind would funnel down the gully, picking up snow and swirling it in a cold dance towards me. I lowered my head and let it pass each time.  The wind tried to push me backward, as if I did not belong.  But I knew I did, at least for this brief while.   A short steep step led me to the upper ice which was at a lower angle with a few short bulges.  I stopped more frequently here and took in my surroundings.  Eventually the ice relented to a rock and vegetation finish.  I hit the Mt. Clay summit loop trail immediately when I topped out, as it hugs the lip of the gulf.

I never saw anyone all day and nor would I during the night and majority of the next day.  Now I stood on the summit of Mt. Clay with no one else in sight on the ridge.  I sat down in a wind-sheltered area and looked back at where I had come from.  I couldn’t think of my time in the gulf spent any other way. It had granted me my solitude.  It was as it was meant to be.  I imagined the entirety of the Great Gulf as it expanded, shuttered, and devoured the nearby peaks.  I imagined the Great Gulf as it swallowed me too.

Photographs by Courtney Ley (click on images to enlarge)