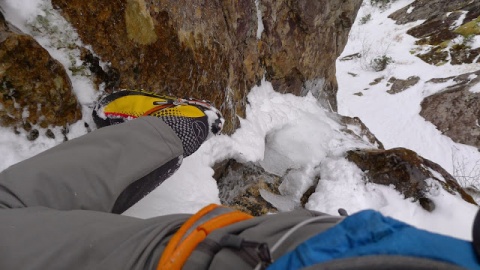 “I blame Hermann Buhl. That rat bastard. For those of you who don’t know (a lot of hands are still up), Hermann Buhl was the Austrian nut who soloed his ass off in the 1950’s. He rode a bike, hitchhiked, slept in hayfields, and did all sorts of stupid stuff to go climbing. This culminated in his epic, 41-hour solo ascent of Nanga Parbat in 1953. Unfortunately, it also killed him the next year when a cornice broke on Chogalisa (no, not a Mexican restaurant, a big mountain in the Himalayas). When I was in High School, I read his book, Nanga Parbat Pilgrimage about as many times as I watched Star Wars: A New Hope. A shit ton.” 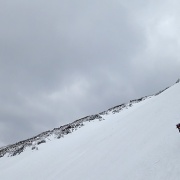