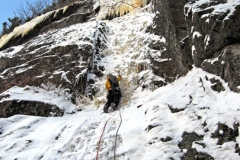 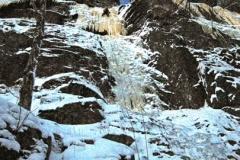 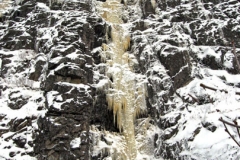 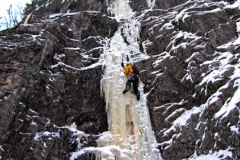 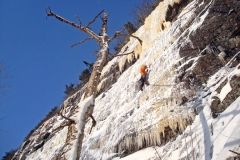 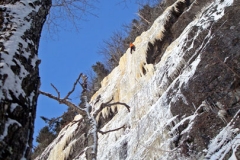 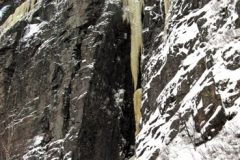 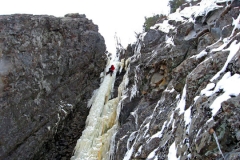 Located in northern New Hampshire, Stratford Notch is a south-facing crag that stands 40m tall and basks in the sun. It gets ice early and loses it by the middle of January. The ice forms consistently year to year.

Access is straightforward; you can hike in without skis, and a snowmobile trail leads up to the cliff slope. The thrash to the base takes 15 minutes.

All routes are straightforward and fun, unlike some of their distant cousins on Goback. Stratford Notch is private, quiet, beautiful, and peaceful. It goes without saying that if you make it there, your experience will be as well. Please keep this area as it is. The land does not fall within Nature Conservancy boundaries but pretend like it does.