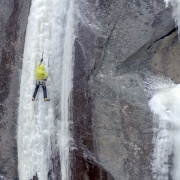 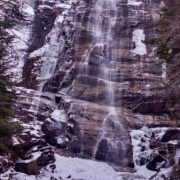 Plenty of water, all we need now is some cold. Please!

At nearly 200 feet high, it is the highest waterfall in NH 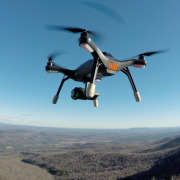 The Newest Member of the NEice Air Fleet – SOLO

AERIAL VIDEO AND PHOTOS IN A BACKPACK
Solo does more than just get cool aerial shots: It gives me a full Cinematic toolkit in the software — “an automatic crane, dolly, jib, boom, slider, tripod and, of course, helicopter”.

Now I can concentrate on filming and what the camera sees and let Solo from 3DR do the real work of flying. I have outfitted Solo with two Go Pro Blacks. One with a standard wide angle lens and one with a special aerial lens of 31 mm (no fish eye). These cameras can shoot 4K and up to 120 fps. Everything I need, and it all fits in a backpack, ready to take into the mountains.

I had fun testing the new rig several weeks ago with Jim Surette of Granite Films and Mike St. Pierre of Hyperlite Mountain Gear. No Ice! But we had fun practicing with the new Drone! Solo is definitely the smartest Drone I have flown.  The testing is going well and Solo has performed better than any of my other Drones. The gimbal stabilization, and live view from the camera to the tablet is amazing. I am looking forward to the great video I know this unit will deliver. Stay tuned! 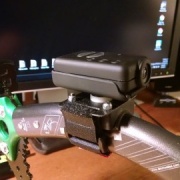 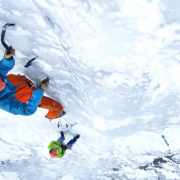 A great film by Petzl on proper ice screw placement technique, as well as how to set an anchor and a v-thread.

Ice climbing basics: Ice screw placement, anchors and V-threads [EN] from Petzl-sport on Vimeo.This film demonstrates proper ice screw placement technique, as well as how to set an anchor and a v-thread in waterfall ice. We will discuss the key technical elements, but remember that when swinging your tools into the ice, it is crucial to understand the medium on which you are climbing. The quality of the ice, its structure, the terrain above, recent changes in temperature – all these factors and others must be considered before you step off the ground and onto the ice. 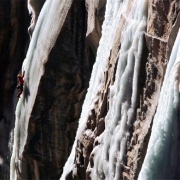 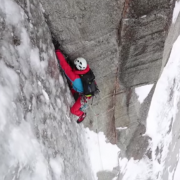 This climb was first put up in 1992 by Andy Parkin and Mark Twight. “Twenty years later, it is still a benchmark for aspiring high-end mixed climbers in the Alps” – Climbing.com.

Published on Oct 1, 2014
“In the house of pain, we were chained together searching for our truth, beyond good and evil”. This quote from Nietzsche inspired Andy Parkin and Mark Twight, the openers of this mixed climbing route, that became a reference. Listed extremely difficult, North oriented, this route was appealing for François Damilano and François Marsigny, the repeaters of the route.
Last winter, it was time for the up-and-coming generation, represented by Marion Poitevin and Sébastien Ratel to meet the challenge. Three duos, three experiences, three encounters… echoing the Trilogy alpine series. 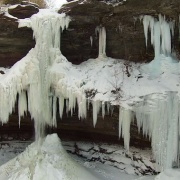 During the Mount Washington Valley Ice Fest and the Catskills Ice Festival, the NEice helicopter, ARDU, took the air to capture the some footage.  We are excited at Year Two of this project to be able to fly longer, farther and higher than ever before.  Our model ARDU, which was designed and built from scratch is flying very well and reliably.  Doug has become an excellent pilot.  He has practiced all summer and it shows. We’ve been able to get very stable footage from smoother flights.  Here is what we captured in New Hampshire at Cathedral Ledge and Frankenstein.

The next task was to find a camera with better quality for long range, as well as something with a better zoom.  The GoPro has worked well as far as being a small, lightweight camera but since it’s designed as a helmet cam, the wide angle and lack of clarity for distance shots is less than desirable.  After the New Hampshire festival, we added a Sony Handycam to our tools, it reduced the ‘fish-eye’ affect of the wide angle lens and allowed us to get the closer shots we were looking for.  Here is some footage we captured in the Catskills during the 16th annual Ice Fest.

Now it’s time to stage some climbers on the routes for the money shots! 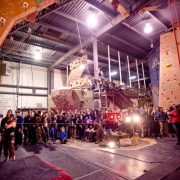 Smugglers Notch Ice Bash kicked off with an awesome evening at Petra Cliffs!  There was an great line up of competitors ready to crush the route set by Matt McCormick and Peter Kamitses. There’s no where else in the Northeast you can go to see this kind of show!

Video Recap of the Competition

There for the festivities was the American Alpine Club, Furnace Industries, US Sherpa, Outdoor Gear Exchange and Health Warrior. Before and after the comp, Dry Ice Tools and tools from Black Diamond and Cassin were available for demos on the climbing wall.  To top it off, raffle prizes were given away, sponsored by Crag-VT!

NEice was proud to sponsor a women’s beginner clinic on Saturday led by Andrea Charest.  The clinic was free to all participants and judging by this photo, it looks like everyone had a blast!  And of course, hot soup was waiting for everyone who came down from the notch after a day of climbing.  There were great clinics offered all weekend from Steep Ice and Mix climbing to Alpine Climbing to Double Rope Techniques by guides including Tim Farr, Steve Charest, Mike Bauman, Matt Bressler, Mark Puleio and Michael Wejchert.  Guest guides this year were Whit Magro and Lindsay Fixmer!  Demo gear from all the major manufacturers were there and Smuggler’s Notch Inn was packed with people checking out the gear.  By the end of the morning on Saturday, -all- the ice tools on -every- table were headed out for the day. 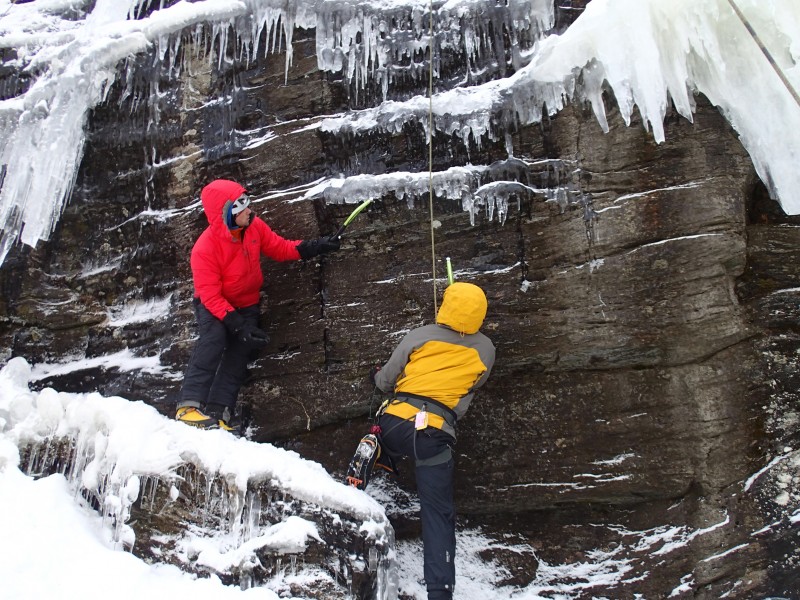 Once the demo gear was out, the reps and guides were psyched to get out and climb.  Kevin Mahoney and Michael Wejchert spent their Saturday on Dominatrix (WI4+/5 M6), put up by local hardmen Alden Pellett and Dave Furman in 1998.  It was one of the hardest mix routes during the late 90’s and sent with straight shafted tools at the time.  Hats off.  Lindsay got her first taste of Vermont ice with Steve Charest as her tour guide while Matt McCormick and I decided to head to the Blue Room. When we reached the top of the notch, we were greeted by strong wind gusts and snow.  It was definitely a full-on day!  It was great to see everyone out, climbing or snowshoeing and skiing the road and embracing the Vermont winter.

Saturday night, Lindsay Fixmer showcased a little of her singer/songwriter talent and entertained the crowd with a song about women in climbing and the guiding world accompanied by photographs.  It’s not often the guest presenter brings a guitar!  That was followed up by Whit Magro.  He presented a slide show about climbing at home, traveling to bigger places, then heading back home to climb after those experiences.. and then doing it all over again.  More great raffle prizes were handed out and Smuggs Bash teeshirts thrown into the crowd.  We all love free swag!

Climbing clinic at the Mystery Wall.

On Sunday, the temperatures plummeted, but mere -7 degrees wouldn’t stop this festival.  I headed up the notch with Lindsay for a women’s clinic along with Jess Jablonski.  Despite the cold temperatures, these women spent the day laughing, climbing and learning.  It was a great group of gals and I feel lucky to have had the opportunity to teach and climb with them. This year was big!  And it will only get better and better with Andrea and Stephen Charest running the show!  With that said, NEice extends the biggest of thanks to Andrea and Steve for all they do, not just for the Vermont climbers but the entire northeast climbing community and making the Annual Smugglers Notch Ice Bash a huge success.  We love being apart of it!

More photos of the event on the Smuggs Ice Bash facebook page.  LIKE them to make sure you are ready for next year!