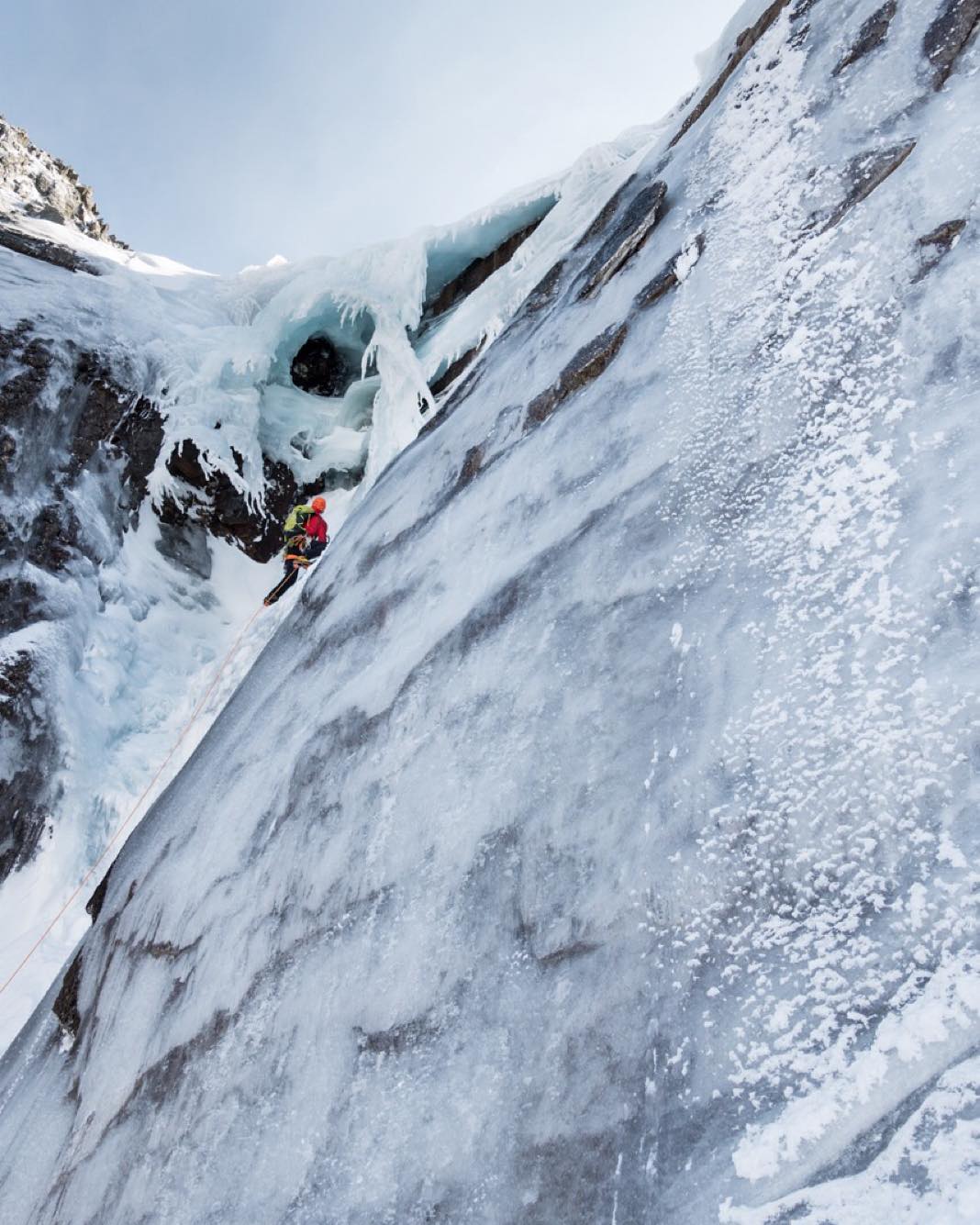 Peter Doucette pauses, momentarily to admire the wind-sculpted tentacles of the crux on the “Cilley-Barber” route in the South Basin of Katahdin, Baxter State Park, Maine – Peter and Silas Rossi had a great day out on 3/30/16. They started from a car at Abol Bridge, went up the Abol Slide trail to near the summit then descended into the South Basin three times climbing the “Chauvin-Cole”, “Cilley-Barber”, and “The Waterfall” before heading back to the car. The whole outing took 17.5 hrs and included 20 miles of travel and over 11,000 feet of elevation gain. An impressive feat from two of the best Alpinist in the Northeast.

The Father of the Harvard Cabin