Peter Doucette and Travis Weil did a what they believe is a new route on the South Face of Frankenstein Cliff, Crawford Notch NH. It is to the right of Bayard’s and Josh Hurst’s line “Strippers” and Left of Wrath of the Valkyries.

It was first tried by Bayard Russell last year. Bayard and Matt Ritter tried it again, with reports of some pretty proud whippers on the pins up there.

“It was a cool technical ice climb, sustained throughout”

It formed differently this year and there was a mixed sequence leading left to an ice exit through a thin curtain. “It was a wild pull over the lip with an important heel hook between two small pillars under the roof”.

A stack of stubbies in thin ice up to the middle of the climb gets you started. 2 pins right from previous attempts protect the next section. The pins are 12 and 15 feet to the right when you pull the crux. There is a decent thread under the roof that was the key to protecting the route. A heel hook gives you time to get established on and above the curtain.

“We named it “Last Call” to go with the Indecent Exposure, Cocaine, Nosebleed, Strippers, Pole Dance themes previously established in the area. It was a cool technical ice climb, sustained throughout”- Peter

It has been a tough week for any routes that get sun. Frankenstein’s South Face went from really good, to non existent in a weeks time. 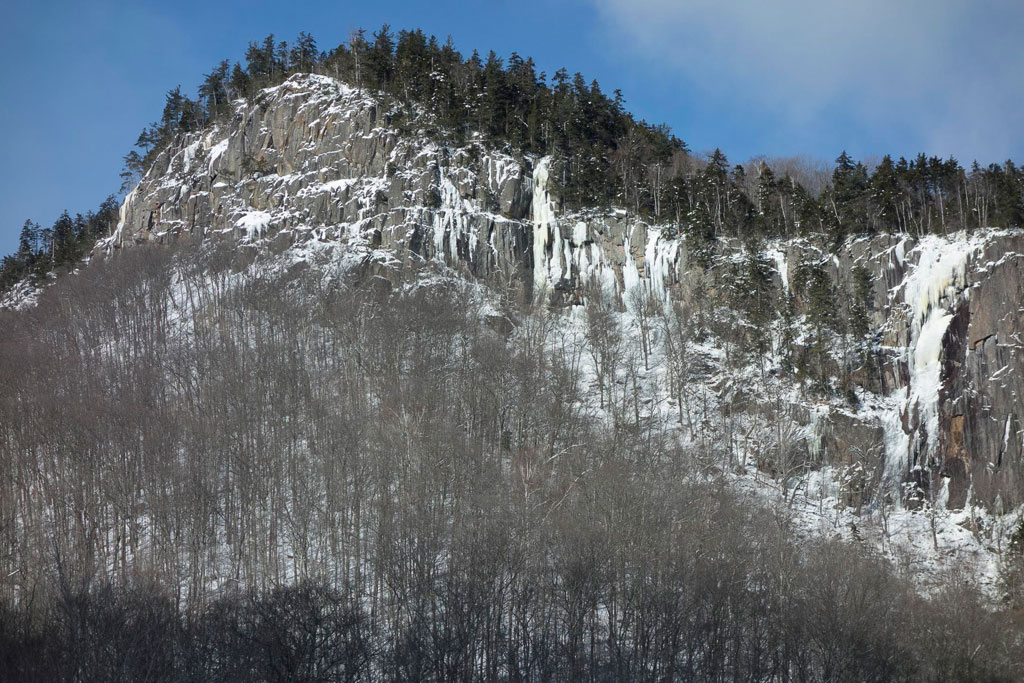 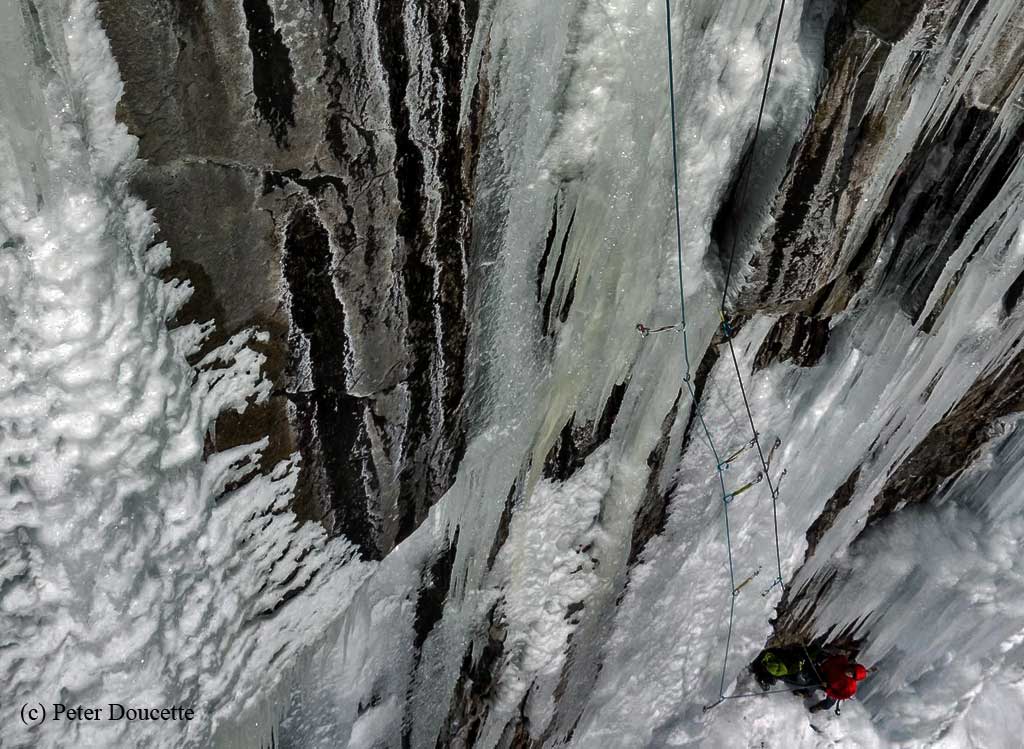 The lower half of the climb

Looking Down the Climb

Time to clean the gear

The Devil is in the Details

VOLUNTARY RECALL OF BD CARABINERS AND QUICKDRAWS
Scroll to top