20 Years of Mountainfest from NEice.com on Vimeo.

Solo takes to the sky during Mountainfest 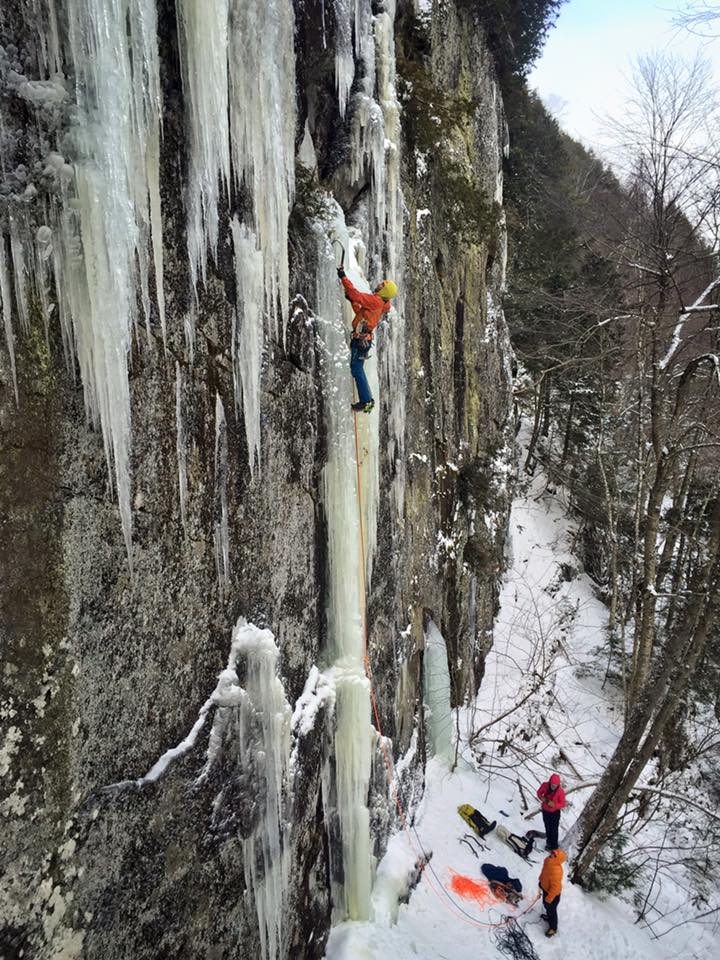 FA: Alex Lowe and Scott Backes, 1/98. On the first assent Scott lent Alex 4 new stubby ice screws for the climb, “and he roached everyone” (hitting the rock below) Scott said.

“Back in the East. Small crags shine with sheen. Breaking glass. Control the burn and control the brain and control the urge to sprint. Sprinting is not a recommendation. The protection glints a long way below. “You can never have enough pound in kit Nick.” I remember my friend Byard saying just after I almost hit the deck. “We’ll start steady, Matt McCormick said and almost as quick as you can say epic, I was teetering high, attached to thin silver looking at the distance I would go and my head screamed, ‘How the hell did this happen all over again and so soon?’” – Nick Bullock