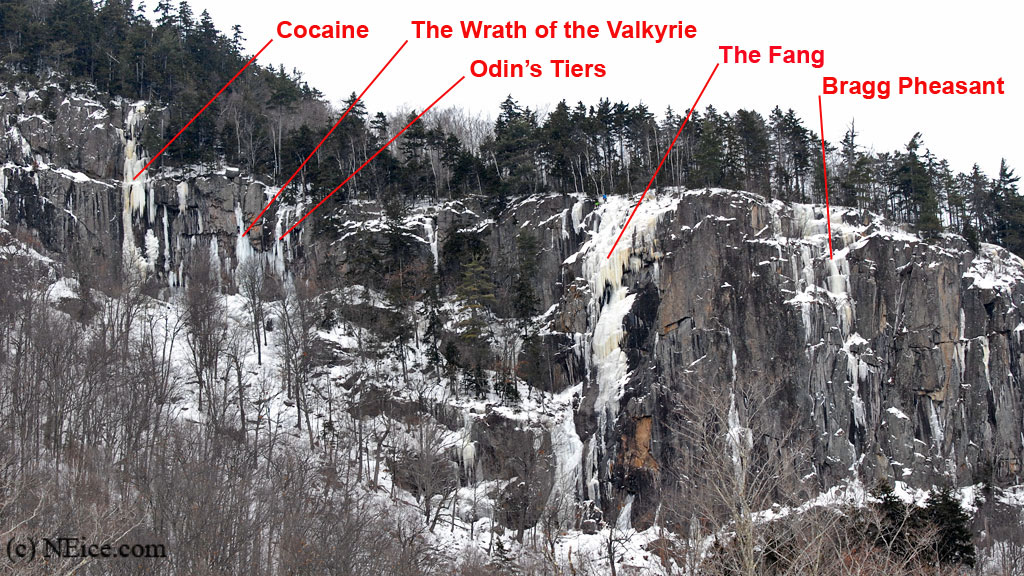 Conditions are everything in ice climbing and they happened this past week on the South Face of Frankenstein Cliff. This extended cold spell and cloudy skies have brought in some great ice climbing on the South Face. On Saturday we climbed the rare visitor “Cocaine” in “Fat” conditions and had a grand view of Peter Doucette putting up his new climb “Odin’s Tiers”  NEI 6 – 25 meters, to the right of  “The Wrath of the Valkyrie”. The conditions could not have been better and it was a very busy place with as many as 14 climbers in sight at one time. Everyone wanted to take advantage of these conditions. The lighting, climbing, conditions and scenery were fantastic and I was lucky to be part of it. I felt like a kid in a candy store with my camera. I took as many photos as I could while waiting, belaying and dodging ice from above ;-).  Below are a few of the best photos. Enjoy! 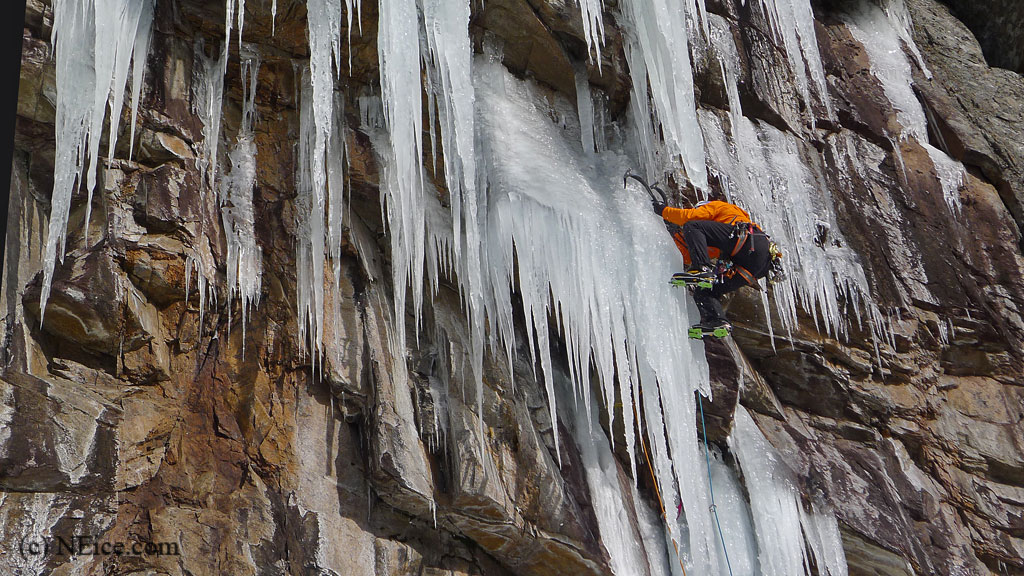 “Odin’s Tiers”  NEI6, and 25 meters long was protected with 2 tri-cams (brown and red), ice screws and a couple of slung icicles.  Most of the attachment points were shaded by small roofs or curtains of hanging ice so that was helpful. Like all the routes in the amphitheater it’s super sensitive to sun. 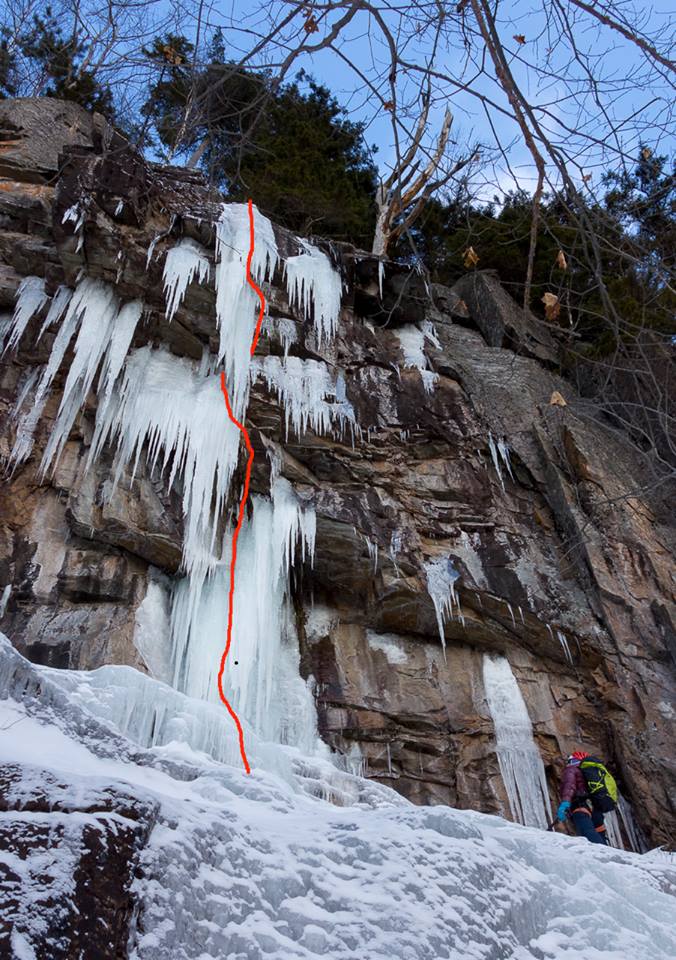 “Back in the NH swing of things” – Majka Burhardt

The Wrath of the Valkyrie

Will styling on “The Wrath”

More on the South Face

Back to Business, Round Two!

Born to Fail: A Slideshow
Scroll to top