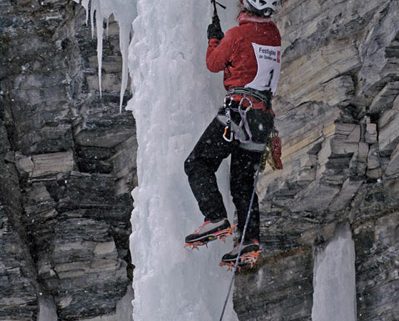 I was at a friends house when I got the news. Guy Lacelle has been killed in an avalanche. It hit home hard. I will remember that day forever…..

To know Guy was to love him. His kind spirit overwhelmed you. The twinkle in is eye and the smile on his face were unmatched. He loved ice climbing, and that’s what he did best. He has been called the best ice climber in the world, and I have no doubt that he was. He was the Grand Master. His climbing inspired me more than any one else. I am so sad that I will never see him again…..I will miss him.

Over the years at Festiglace I got to know Guy and looked forward to seeing him every year. He was always there early helping to set routes for the competition and what ever needed to be done. I remember his first competition and how excited and nervous he was. Just like a young kid. He showed me his newly sharpened tools and said he hoped he had what it took, but most of all he was here to have fun.

I have assembled some photos I took over the years of Guy at Festiglace Quebec and want to share them with you in a Final Tribute……… Take care Guy, may your spirit live forever.

A video Tribute from Alpinist

A Tribute from Petzl Adieu Guy

The original news report from the  Boozeman Daily Chronicle 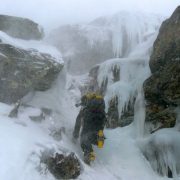 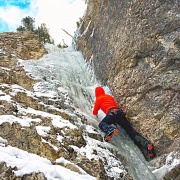 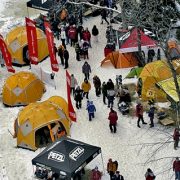